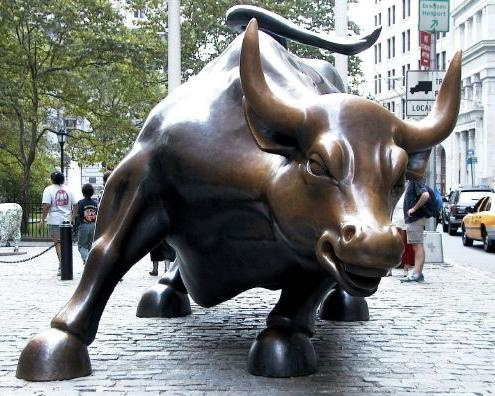 Financial markets have taken the news of Steve Jobs’ resignation as Apple CEO in stride today, with the company’s market valuation taking a small dip, by noon East Coast time. Apple’s share price had declined by .91 percent of their total volume by noon, though there have been fluctuations.

Apple shares closed at $376.18 on Wednesday. After the markets closed Jobs’ resignation was announced, which led to a drop in after-hours trading. The market reacted today and AAPL lost almost 3% during the opening on high volume. The 11 dollar drop to $365.01 seemed just a nervous drop as shares surged after the opening bell, and fell to near their opening price moments later. Throughout the day the stock price of Apple shares has continued to improve and is trading at $372.10 at the time of writing.

Rumors about the health of health of Steve Jobs have affected Apple’s share price over the past several years, as the founder has very publicly dealt with pancreatic cancer. While Jobs and his employees have loudly asked for the media to respect his privacy, every move has been scrutinized by market watchers, who wondered about Apple’s succession plans, and who would take over as CEO in Jobs’ absence. Although we have very incomplete data after less than one trading day, it’s clear that Apple investors believe shares will continue to hold their value in the long term. If anything, the announcement of a succession plan by Apple will reassure nervous investors who wanted to know how the company would react in the absence of its founder.

On Seeking Alpha analyst Jason Schwarz said that Jobs’ resignation will be good for Apple.

Apple’s momentum in the mobile tech revolution is secure for at least five years. Too many companies are adopting the Apple ecosystem into their own. When this phenomenon happens, as it did twenty years ago for Microsoft (MSFT), the barrier to entry becomes too rigid for competitors to break through. Apple’s App Store dominance gives it an edge in future markets such as televisions, cars, mobile devices, etc. The foundation of innovation has been laid for Apple’s growth to carry this stock to $1,000 a share over the next two to three years. Apple won’t feel the effects of missing Steve Jobs until the app era begins to mature. Until then, Apple stock will rise and it most likely will do so with even greater velocity now that the Steve Jobs uncertainty has been removed.

What we’re seeing is likely a sell-off by small-time investors and individuals who either bought the stock when it was too hot, or those who don’t have a belief that Apple will continue its performance over the long term. Despite the selloff this morning, Apple shares are trading near historical highs. On July 26, 2011, the company saw its highest stock price ever, with shares closing at $403.41 at the close of trading.

Update 4:40pm EDT: Despite high volatility throughout the day, Apple shares closed higher than their opening price, at $373.72, a decline of $2.46 from yesterday’s last trade, which translates to a loss of 0.65 percent per share. In total, 30 million shares were traded, which is above the average, but much lower than several days this month, including Aug. 8, 2011, when almost 43 million shares were traded, according to Yahoo! Finance.