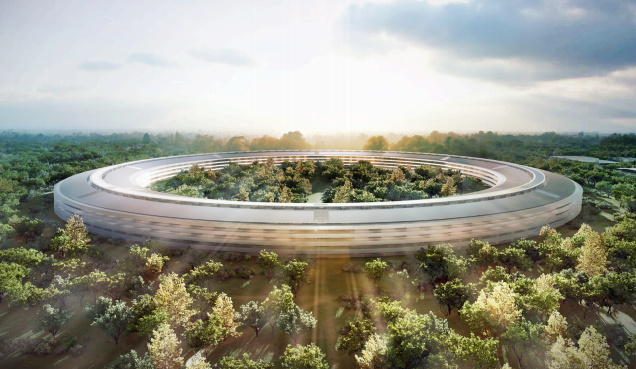 Apple has submitted more detailed plans to the City of Cupertino, outlining its vision for its new 175 acre “Spaceship” campus in the area and including improved renderings to show just how its headquarters will look once completed in 2015.

Apple will be subject to an environmental impact assessment which will monitor traffic, noise, air quality levels and allow local residents to comment.

Apple believes its new campus will maximise efficiency and convenience to Apple’s employees, providing a co-location of services and consolidation of employees in a single distinctive office research and development building.

The building itself will hold as many as 13,000 employees and will attempt to generate its own electricity on site, reducing its dependency on local power resources.

Cupertino Mayor Gilbert Wong’s told press and residents at a press conference in June that “The mothership has landed here in Cupertino,” responding to Job’s proposed new “mothership” Apple campus.

“There is no chance that we’re saying no,” Wong said. “Every time that we have a large company that has a large sales tax produced we are very accommodating to that company.”

The 155-acre land was acquired by Apple from HP. The mayor said that the review process for the project is the same as every project in Cupertino, taking into consideration the environmental impact, building quality and traffic, among others. The project will come to the city council for approval in fall 2012 and could be completed by 2015.