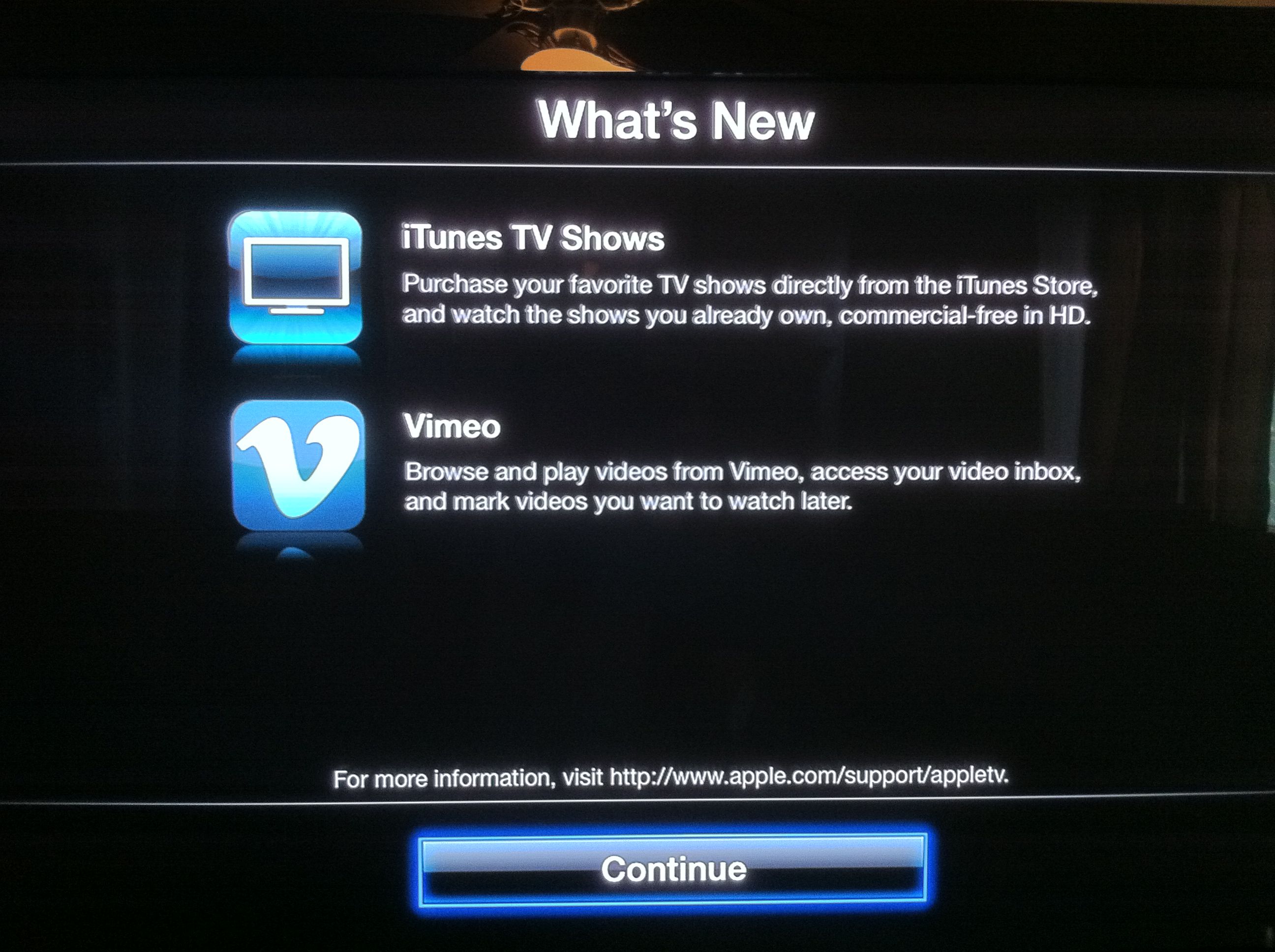 Apple has today released an update to its Apple TV 2G that brings with it the ability to stream all TV content already purchased through iTunes from iCloud, as well as support for the popular video sharing site Vimeo. The update brings the software version of the Apple TV 2G to iOS 4.3.

Previously only television eposides and seasons rented on the Apple TV were available for streaming, but with this update you can now stream any TV programs that you have purchased through iTunes as well. You can now also make a purchase through the store right on the Apple TV.

In conjunction with this update, Apple has also added a ‘TV Shows’ button to the Purchased section of iTunes. This enables cloud storage of all of your TV shows, effectively moving your TV shows to iCloud. At the moment we’re seeing reports of some holes in people’s libraries. This is most likely due to deals that have yet to be made with some providers.

This re-downloading capability is already available on iOS devices, which now display a new ‘TV Show’ section under the iTunes Store’s purchase menu. You can try this out on your iPhone, iPad or iPod touch running iOS 4.3.3 or newer now. It is likely that these shows are being stored and streamed from Apple’s new data center located in North Carolina, but there’s no way to tell for sure as of yet.

In addition, the Apple TV software update adds the ability to stream videos from Vimeo, as well as the already available YouTube. This is a nice addition as Vimeo normally hosts more short-film and HD content than YouTube.

The update is available now by visiting Settings>General>Software Update on your Apple TV 2G.

It is possible that due to licesing issues, the TV purchase history feature may be US only for now. If you’re outside the US, is this feature active for you?

Read next: Twitter launches its first 100% crowdsourced translations, in Dutch and Indonesian