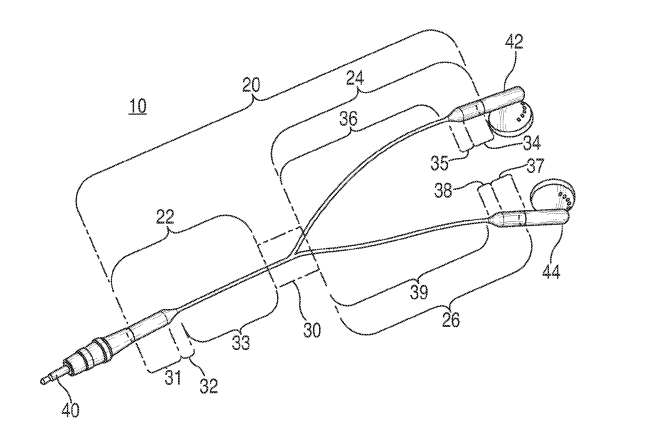 Owners of an iPod or iPhone could soon find themselves with a pair of perfect tangle-free white headphones after the Cupertino-based company secured the patent that licenses the “cable structure for preventing tangling”.

Apple filed for the patent in November 2010, requesting the rights to an idea that would allow Apple to vary the rigidity of a headphone cable to reduce or help the bending of it in certain places.

Apple’s team have effectively identified a way of introducing a core in-between the outer casing and the headphone wire, adapting the stiffness of the core to prevent the cable from forming loops. Pretty interesting idea, whether Apple would be able to implement such a solution remains to be seen.

As with all patents, companies may just protect the idea, without actually putting it into production. As an iPhone owner and a regular user of Apple earbuds (audiophiles, it’s my choice), I would welcome such an advancement.