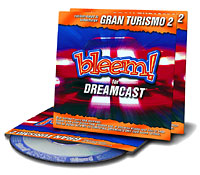 Apple’s Fifth Avenue store has one of the most unique storefronts you will ever lay eyes on. The glass cube, designed by Bohlin Cywinski Jackson, has won architectural awards and is the most photographed New York landmark on Flickr.

The 32-foot structural glass cube houses a transparent glass elevator, which is wrapped by a circular glass stair, allowing natural sunlight to beam into the store housed underground.

It looks great and certainly catches the eye, but what happens if you have to replace the it? That’s exactly what Apple is going to be doing soon, completely removing the glass cube entrance to reinstall it which various improvements.

ifoAppleStore reports that permits issued by New York’s Department of Buildings shows that Apple will spend $6,661,050 to install sophisticated connection hardware, upgrade the plaza structure surrounding the cube and then reinstall the it once it has been completed.

Building permits issued on June 13th state the work will also include removing protective bollards, installing new pavers around the cube’s perimeter, and removing and reinstalling surrounding water drains. According to the permits, the work could be finished by early November.

Knowing Apple, the modifications won’t be minor, we imagine that the company could be modifying the store as part of the 10th anniversary of its retail stores. If that is the case, we could see some cool new features once work has been completed.