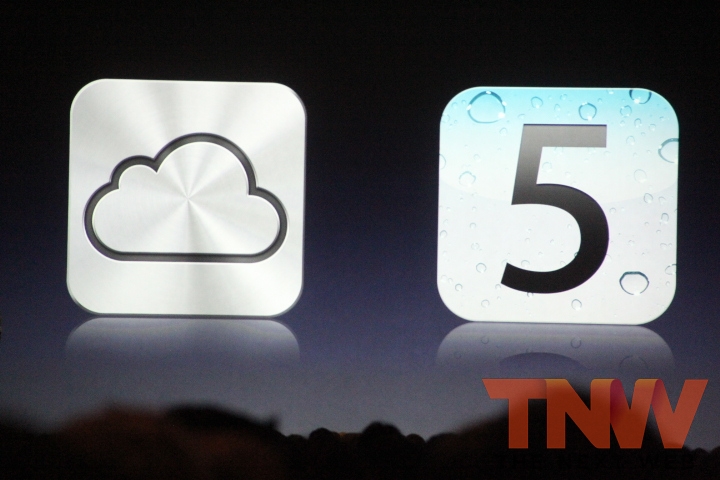 Shortly after Apple announced a huge number of updates for its Mac OS X and iOS platforms, it released software to developers, allowing them to download and install the new iOS 5 update.

Apple’s iOS 5 software brings with it over 1500 APIs and tools, giving users get more than 200 new features. Users will be able to take advantages of new notifications, download publications via a new Newstand app and deep Twitter integration – improving the smartphone/tablet experience for iPhone and iPad users as a result.

We’ve got the first beta installed on our devices at The Next Web and have been playing with iOS 5 so that we can bring you an overview of the new firmware, before it launches in the Fall.

Once iOS 5 is installed, you will be asked to set up the new features but first, you enter a remarkably similar process to Google’s Android platform when it is first enabled. Users are asked to pair their devices with an Apple ID but also to connect to a local WiFi connection to aid synchronisation and quicken the setup process.

Once you have signed-in, the device will launch a wizard that help you take advantage of the option to store contacts, calendars, photos, music, books and apps in the cloud. Doing so is easy, simply switch the iCloud option to “On” and you are good to go.

The next part of the wizard is to configure “Find My iPhone”, presenting this to the user immediately on launch instead of requiring the handset owner to either specify the option on their MobileMe account or download the application from the App Store on newer iPhone handsets.

Once that has been toggled to the user’s preference, the iPhone setup is complete.

You will notice that the iOS sliders are a little different, now displaying a circular toggle instead of the rectangular switch with rounded edges.

The announcement of iMessage immediately led to reports that Apple had delivered a fatal blow to RIM and its BlackBerry Messaging service. Whilst we are sure the service has a lot of life left in it, Apple’s new service is set to shake up how text messages are sent in the future, especially between iOS devices.

iMessage isn’t a separate app, it is built into the core of the stock Messages app, delivering peer-to-peer messages without affecting a user’s text message allowance from their carrier. With the feature only available to iPhone, iPod and iPad owners, Apple has made sure to differentiate between contacts that own an iOS device and those who don’t.

Green shows a user does not have an iPhone, Blue means that your friend does have an Apple smartphone. When iMessage’s are being sent, the text message screen will also label the exchanges at the top of the screen. The app will also tell you when a message has been sent but also alert you when it has been delivered.

The feature can be switched off in the settings and allows the user to specify to send a normal SMS when iMessage is unavailable. To identify if a user is using iMessages, it can match against an email address or a phone number (also available in the settings).

iMessage is also present on the iPad, bringing a stock text messaging app to the tablet device for the first time.

Probably the most requested feature amongst iOS device owners, notifications have been given a drastic overhaul with the release of iOS 5. Instead of the common notification popup that was used by each and every application, Apple has introduced a dropdown menu which can be accessed by swiping down the status bar.

By default, phone calls, text messages, a stock ticker and the weather are automatically added to the Notification Center, allowing you to see at-a-glance what you may have missed. If you receive a notification whilst you the screen is locked, it will be displayed on the main screen, waiting for you to unlock and read the message.

Display options are built into the settings, allowing you to specify which apps you would like to be visible in the Notification Center, choosing whether they display as a banner or an alert. The order of the notifications can be set manually or left to order by the time they are received.

We are only just beginning to get to grips with some of the features iOS 5 includes, there are a lot of them. We will be bringing you a look at the Newstand app, Airplay support, Music and show you how the stock apps have received a facelift.

Stay tuned, there is plenty more to come.