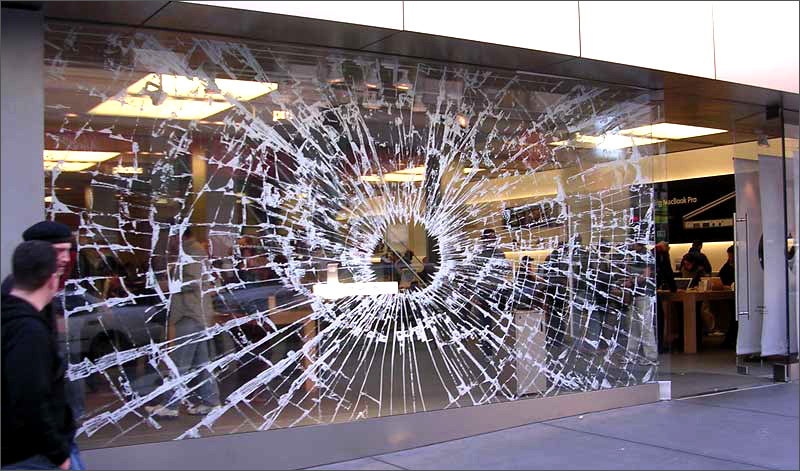 A man crashed his car into the Apple Store located in the Friendly Center in Greensboro in a bungled robbery attempt on Friday.

With police describing the suspect as a white male wearing a white shirt and hooded mask when he crashed a stolen dark gray/blue Honda into store, the story took a bizarre twist when a security guard working at the shopping center claimed the the suspect was “wearing a white ninja suit”.

Wearing such clothing might be considered odd during normal hours of the day but as the attempted robbery was reported a 4:43am, it would suggest the robber was doing everything he could to avoid being recognised (not that wearing white martial arts uniform would leave a lasting impression on a witness).

Police said that the man fled the scene without stealing an items from inside the Apple Store.

Read next: Facebook Profile Management: Who's really in control?