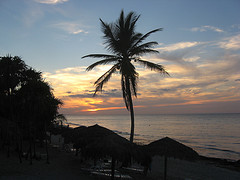 Apple has announced that the WWDC conference keynote will be delivered by CEO Steve Jobs and a ‘team of executives’. At the keynote, Jobs will be detailing Apple’s plans for Mac OS X Lion, the iOS 5 update to iPhone, iPad and iPod software and their new suite of cloud services, iCloud.

This is the first time in recent memory that Apple has not only detailed exactly what will be discussed in the keynote address but it is the first time ever (that we can remember) that they have actually made the announcement of a new product right in the body of the keynote press-release.

The real question is why did they do so? There are several lines of thought that can be pursued as to why Apple was so explicit in its  announcement.

To emphasize that there will be no iPhone announcement at WWDC. Since the arrival of Apple’s software-centric WWDC  invitation in March it has become the general consensus that Apple will not be announcing a new iPhone model at WWDC for the first time in three years.

This feeling is shared by us for many reasons, not the least of which is the fact that the white iPhone 4 just arrived last month. Whether this is a result of an unexpected hiccup in the production schedule of iPhones or a conscious decision by Apple to distance the iPhone announcement from the WWDC event, which has traditionally been all about the software that runs on Apple’s hardware, is unclear.

What is clear at this point is that we should not expect to see a new iPhone at WWDC this year.

To set the stage for a massive restructuring of iOS 5 to take advantage of iCloud. If Apple is truly going to strip iOS down to its bones and rebuild it with iCloud services built in then it might make some sense that it wants to set the stage now. Announcing iCloud ahead of time will get journalists, developers and the general public into the right mindset to accept the iCloud announcement when it comes on stage and to be able to process the way that iOS 5 and future versions of Apple’s iOS software will be integrated tightly with cloud services.

This pre-announcement of iCloud makes iOS 5 cloud integration the story, not iCloud itself.

As misdirection. A far less likely possibility is that the announcement of cloud services and an itinerary of topics for WWDC was a calculated choice by Apple, designed to put people off the scent of new iPhone hardware. This option is massively unlikely for a lot of reasons but the most basic of those is that this is just not how Apple works. If it wants to conceal something, it just won’t talk about it. For a company with a long history of being incredibly tight-lipped about upcoming products, Apple applies very little intentional misdirection in its official communications to the public.

That’s not to say that Apple doesn’t engage in strategic use of the press. It is famous for the ‘controlled leaks‘ that it uses to reveal product details to the public through trusted journalists and developers. Many times these leaks are timed to coincide with events from rivals like Google in order to split the attention of the press and steal some thunder. It just doesn’t make a habit of product release legerdemain in press releases.

As a calculated part of the hype machine. Last week it was reported that the Apple PR team in the UK was approaching prominent journalists to tell them that it would be worth their while to attend WWDC this year. It’s clear at this point that iCloud is an important part of Apple’s future as a company and of its primary product, iOS devices. Apple views this event as pivotal in the history of the company and wants to make sure that coverage of this year’s WWDC is more intense than ever.

Countless articles, like this one, will be written about the iCloud announcement and what it means for other products at WWDC this year, ensuring that all eyes will be on the main stage this year.

Read next: Why the Padfone might just be the future of mobile technology