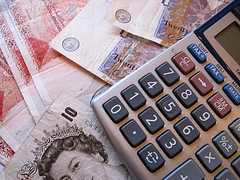 A new open-source project entitled “In The Box” hopes to make the job of porting Android applications over to Apple’s iOS platform much easier by providing tools that can take a ready-coded Android app, execute and test it on different iOS devices and then submit the binary to Apple’s App Store.

In The Box operates by taking the Dalvik virtual machine from Google’s Android operating system and allows it to run alongside tools provided for iOS apps, requiring little or no changes to the code to get the apps in the App Store.

Currently, the process is a complicated one – the project requires a decent amount of technical knowledge and an understanding of both the Android SDK and iOS development applications. The official website includes a video of a demonstration app, but only shows how to port a simple “Hello World” application, not a dedicated Android Market title.

Whether Apple would approve such apps remains to be seen and we imagine there could be issues with specific functions and hardware support. But, as it stands, there seems to be a bonafide way to be able to get Android apps ported over to iOS.

Read next: Child support: Working towards a child-friendly Facebook