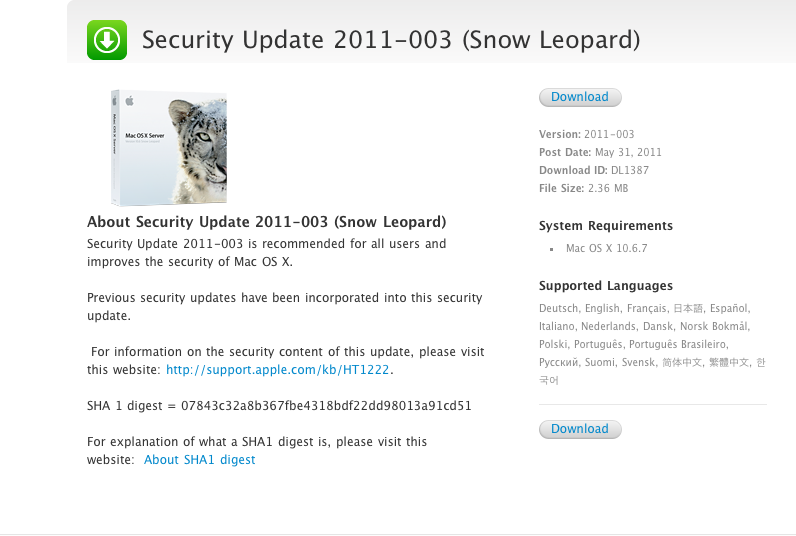 There is now a security update available in Software Update that hunts down existing MacDefender malware installations and prevents further infections, reports TUAW. Security Update 2011-003 provides a File Quarantine definition for MacDefender and if you’re on OS X 10.6.7 it will update the definitions on a daily basis to catch new variants.

MacDefender is a malware infection that injects itself by tricking Mac users into installing the software. This normally occurs when browsing the net and many times while looking through Google Image Search results. This update was promised to be on its way by Apple last week and likely also addresses the newer, easier to install, MacGuard variant.

There was a minor stink raised on the net about Apple’s internal instructions to support representatives not to assist users in removing MacDefender infections. Apple’s stance is made clear in the support document that accompanies this release.

For the protection of our customers, Apple does not disclose, discuss or confirm security issues until a full investigation has occurred and any necessary patches or releases are available.

Just hit up Software Update to grab the patch. If you like to install your malware patches manually you can also download the Security Update at the support download site here.

Read next: The Real Story Behind the New Twitter Notifications