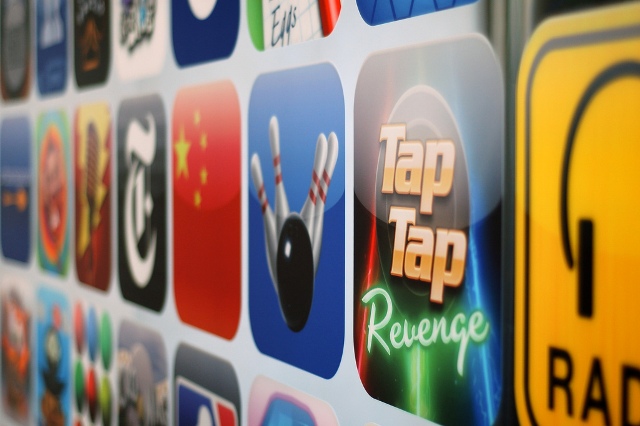 Despite its dominance, Apple’s app market share has declined by 22% within three years as Google’s Android platform became widely adopted by a number of smartphone vendors with the mobile operating system powering hundreds of smartphone handsets.

Apple’s App Store wasn’t the first application marketplace for smartphones, launching when independent stores like GetJar and Handango were already facilitating downloads to mobile handsets, but when it did become available for iPhone owners, it immediately gained 81% app market share in 2008, with only 18 application stores available to users at that time.

In 2009 and 2010, Apple found itself joined in the app market by a number of companies trying to emulate its success. OEMs, OS Vendors and MNOs all launched their own app stores, increasing the number of marketplaces from 18 in 2008 to 57 in 2010, growth of 217%.

Google’s Android Market became Apple’s strongest competitor in this period and helped by smaller app companies, it reduced Apple’s lead in the market by 24 percent points, dropping from 81% to 57% in the second half of 2010.

The beginning of 2011 painted a different story, highlighting that Apple had stabilised its position in the market, reversing the dowturn to increase its share by 2% in the first quarter of the year. iPad app downloads helped boost Apple’s share, allowing it to defend its position against Google, RIM and Microsoft – companies with millions of subscribers and established presences in the industry.

Research2guidance believes that the next two years will be critical for Apple’s competitors if they wish to reduce the Cupertino-based company’s hold on the market. With smartphone penetration reaching 50% in most of the developed countries by 2014/2015, the research firm believes that once the devices are mass market devices, new users will add less apps to their handsets.

It also predicts that as users continue to download apps and spend more money on them, they will become less likely to switch mobile platforms, reducing the ability for Apple’s competitors to steal customers away from the iOS ecosystem.