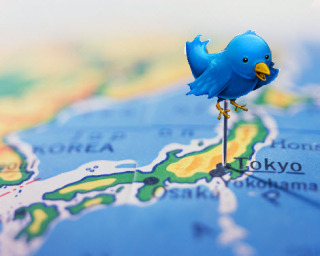 Thursday, in a move that puts them in direct competition to Apple’s Mac Store, Amazon announced the Mac Download Store. The Loop reports that the store has 250 of the ‘biggest software and game titles available for Mac. They point out that they even have some titles that Apple’s store does not.

One of the biggest examples of this is Microsoft Office, which is not available from Apple’s store, but is on the Mac Download Store from Amazon.

The Mac Download Store is separated into two discrete sections; Software and Video Games. Many of these titles were available previously in the Amazon Software Downloads Store but have now been placed in the discreet Mac Download Store.

Amazon touts the install process, which sounds pretty much identical to the way that the Mac Store works. It seems as if apps are downloaded directly to the desktop instead of the dock, as occurs with purchases from the Mac App Store.

Mac Download store features an install-less download process where the customer gets just the product without any unwanted extras, making for faster and easier purchases. Plus, downloads are conveniently backed up in your Games and Software Library where you can download an unlimited number of times for personal use.

In addition to offering titles across the gamut from games to office software, Amazon also offers a Games and Software Library that stores all of your purchases online. If you need to re-download a piece of software that you have purchased, you can visit the Library to do so.

Amazon notes that stipulations about the maximum number of times a piece of software can be downloaded can be set by the manufacturer. Game installs can also be limited by the amount of times that a product key can be used to activate an installed application.

Amazon is running a $5-off promotion to celebrate the launch of the store.

Celebrate our new Mac downloads stores and save $5 on any Mac game or software product through June 1, 2011. To save, click the “Buy and download” button on the product you have chosen, then enter the code SAVE5MAC in the “Gift Cards and Promotions” box. Limit 1 discount per customer.

The Mac App Store has proven to be beneficial for many Mac app developers as it offers Mac users a comfortable way to browse and purchase apps for the Mac. With the Mac Download Store, Amazon is likely looking to refine their software download offering to compete with the focusing effect that has made the App Store model so successful on iOS.

One thing that stands out as a definite advantage of Apple’s Mac App Store is the ability to offer users a centralized place to be notified of updates and to download those updates. Purchasers of applications from Amazon’s Mac Download Store will have to rely on developers including the older Software Update standard or their own internal system to be notified of updates.

There have been some rumors swirling that Apple plans to remove Software Update from the upcoming OS X Lion and funnel updates through the Mac App Store, but those details have not been verified and we won’t know for sure until Lion is announced at WWDC next week.

Read next: The 2 most important blogging basics for beginners