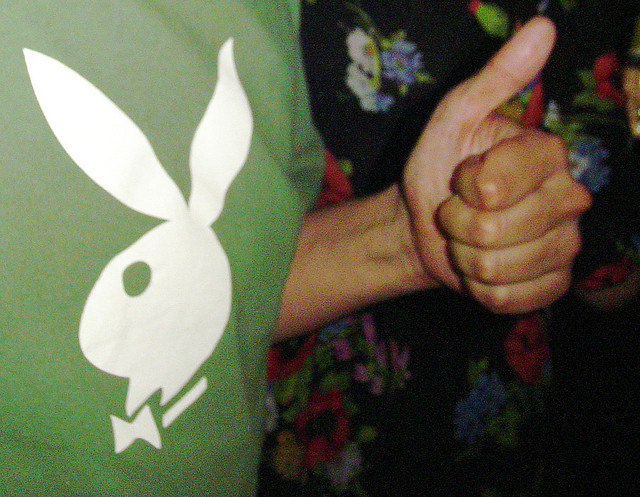 Playboy will be available on iPad, complete & uncensored, on May 18.

Back in January, Hefner had replied to a question from Twitter user  @hughmcook, stating with no clever language that Playboy on the iPad would be uncensored. We speculated at the time that Hefner was either going to be to be sorely disappointed when his magazine’s application was denied by Apple’s App Store approval team, or Mr. Jobs has turned on his heel to an earlier statement. Now, we don’t know if the Playboy release will be an app or a dedicated iPad magazine. If it is an app, Apple might have relaxed its policies to let reputable publications to deliver content via the App Store, but this does go against Jobs’ earlier statement.

Given the fact Hefner gives a definite date of release, we are siding with a web-based publication. However, once an app is approved, publishers can decide when their app goes live, so it’s anyone’s guess.

We have contacted Playboy for confirmation but what do you think? Are we about to see nudity on the App Store?

Read next: 6 Keys to Successful Bootstrapping