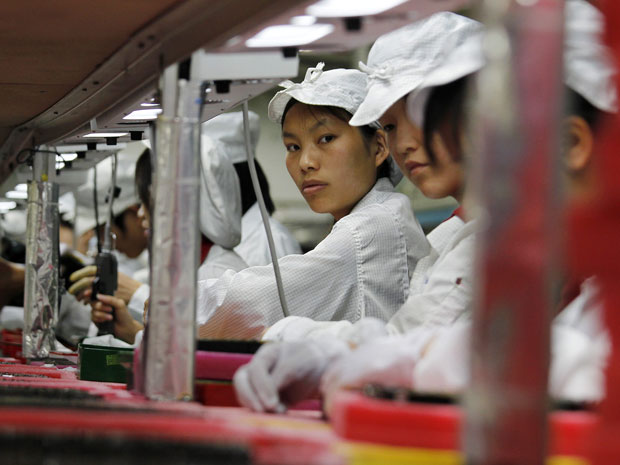 Chinese workers in factories that manufacture and assemble Apple iPads and iPhones are reportedly being forced to sign pledges not to commit suicide, according to UK newspaper the Daily Mail.

The paper reports that at least 14 workers at Foxconn factories in China have taken their own lives in the last 16 months, with it believed the working conditions at plants being the catalyst. With reports of attempted suicides at Apple’s supplier plants in Chengdu or Shenzen, new investigations have revealed that new staff entering Foxconn factories in China are now required to sign a ‘no suicide’ pledge.

It has been suggested that if a worker was to commit suicide, the pledges would ensure the person’s family would only seek the legal minimum in damages.

The investigation of 500,000 workers was conducted by the Centre for Research on Multinational Companies and Students & Scholars Against Corporate Misbehaviour (Sacom), finding that staff were working way above the legal limit of overtime, working up to 13 days in a row, with staff being banned from talking and made to stand up during 12-hour shifts.

Foxconn has admitted that it breaks overtime laws, but says extra shifts are voluntary. The company admits it had faced ‘some very challenging months for everyone associated with the Foxconn family and the loss of a number of colleagues to tragic suicides’ but says the ban on talking is to stop distraction, helping to ‘ensure accuracy and their own safety’.

Foxconn recently announced it will be opening new plants in Brazil, leading industry insiders to suggest the company was moving its operations to reduce the focus on the conditions in its plants in China.

Read next: Fancy yourself as a UK tech presenter? Channel 4 is looking for you.