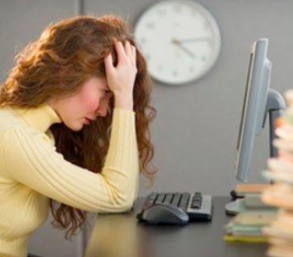 Compiling a series of rumors and tips, Joshua Topolsky of This Is My Next has posted up a mockup of what they believe could be the iPhone 5 along with a set of details about it’s possible features.

They make it clear that this particular set of features could never actually see the light of day but the information that they have is very specific about certain changes that we may see in the iPhone 5.

They’re also careful to stress that the image of the potential iPhone 5 that they included, which you can see below, is a crude mockup and not an actual Apple design.

The screen for instance has been rumored to grow to 3.7″ in size with a resolution of 312ppi, which is a drop from the iPhone 4’s current 326ppi but still above the ‘Retina Display limit’ of 300ppi. The change would mean very little additional effort for developers and should not require any change in their apps.

You’ll notice that the mockup also has a larger home button. Topolsky says that the button may be touch sensitive, something that could take advantage of some of the new multitasking gestures that Apple introduced with the iPad 2 iOS 4.3 beta.

The iPod touch-style back of the device mockup is tapered in a way that mimics the design of the Macbook Air. Topolsky says that the new iPhone will also be thinner than the iPhone 4.

Our sources say the new model (or at least one of the new designs in testing) looks “more like the iPod touch than the iPhone 4.” The phone will be thinner than the iPhone 4, and may have a “teardrop” shape which goes from thick to thin (something along the lines of the MacBook Air profile).

Although an aluminum back might seem like  a terrible idea for a device that relies on antennas for communication, Apple has actually been looking into placing the antenna behind the Apple logo on the back of it’s devices. This would enable the antenna to broadcast and receive signals through a window made of a more transmissive material.

In addition to the screen being larger, Topolsky suggests that the screen might actually take up the entire front face of the device aside from the home button, meaning that it would have little or no bezel.

Furthermore, we’re hearing that the screen on the device will occupy the entire (or near to it) front of the phone, meaning almost no bezel. Our source says the company is doing very “interesting things” with bonded glass technology, and has been exploring designs where the earpiece and sensors are somehow behind the screen itself, making for a device where the display is actually edge-to-edge.

Additional details like NFC capabilities for making payments using the device as a digital wallet, dual-band compatibility and inductive charging aren’t nearly as shocking, as most of them have been discussed with regards to the ‘next iPhone’ before. The interesting nature of this posting lies in the fact that Topolsky and the rest of the crew at This Is My Next seem to have done a very thorough job at digging up rumors and details that have been previously unexplored.

Topolsky is careful to state that many of these features will probably never see the light of day as they may simply be being tested by Apple internally.

Now, keep in mind that this info isn’t fact — we’re getting lots of threads from lots of places and trying to make sense of the noise. The versions of devices our sources are seeing could be design prototypes and not production-ready phones. Still, there are strong indications that Apple will surprise a public that’s expecting a bump more along the lines of the 3G to 3GS — and this is some insight into where those designs might be headed.

We recently saw evidence that Apple had been testing several features internally prior to the release of the iPhone 4. Those features, like native Facebook support at the OS level, never made it into the final release of iOS 4.0 and we have not yet seen them appear in later versions.

Regardless of the eventual accuracy of this mockup, it does raise some interesting questions about the design of a future iPhone and just how far Apple is prepared to take the next iteration. If the iPhone 5 is as rapid a departure from the iPhone 4 as this mockup suggests, it would be in direct contradiction to the recent rumors that the next iPhone would be simply a refresh of the current model with small cosmetic changes if any.

Read next: Taptu delivers the news. A lot.