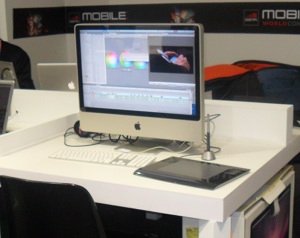 With June fast approaching, the month in which Apple typically releases a new iPhone model, it wouldn’t surprise many if Apple decided that bringing a white iPhone 4 to market this late in the game was a waste of time.

The Apple Store is currently down, and 9to5Mac reports that their source in Apple retail has noted that the white iPhone 4 SKU has been removed from the system.

An SKU is a number identifying a model of product, and as 9t05Mac notes, Apple may in fact be giving the white iPhone a new SKU before they finally go on sale. But another possibility at this late stage is that Apple’s plans for the model have been dashed.

We’ll know more when the Apple Store comes up, but we have a few questions to ponder in the meantime. Is this the end of the white iPhone 4? Will there be a white iPhone 5? It seems likely that there will be, since Apple indicated it had solved the problem with the backlight leaking through the white plastic.

We’ll be updating this post when the store comes back up.

Read next: Sony Ericsson To Unveil Bootloader Unlock Tools In The Coming Weeks