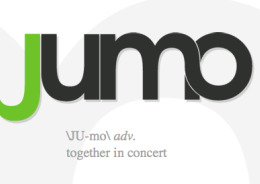 Apple’s WWDC event, announced yesterday, sold out in a matter of hours after tickets went on sale, smashing the previous sales record of its 2010 event by over 7 days.

Tickets for the five day event, which commences on June 6, cost developers $1599 for the chance to be able to interact with fellow professionals but also to see what Apple has planned for its iOS and Mac OS X platforms.

Apple hasn’t officially announced the event has sold out but it has placed a graphic on its website stating the fact, also removing all links to the checkout page for the event. It is possible Apple could make some extra tickets available, as it’s not known just how many were sold and what limits the Moscone Center (and Apple) puts on attendance figures.

The rate at which tickets sold out indicates how popular Apple’s mobile and desktop platforms have become. With both operating systems now utilising their own App Stores, developers are hungry to create the next Angry Birds and enjoy the revenue and recognition that comes with it.

Last year’s event sold out in a record 8 days, this year’s in a little over 8 hours. We might not be seeing a new iPhone at this year’s WWDC but people are excited, excited to see the opportunities Apple will present to developers come June.

Read next: With Amazon's Cloud Drive, Its Android Tablet Surely Isn't Far Away