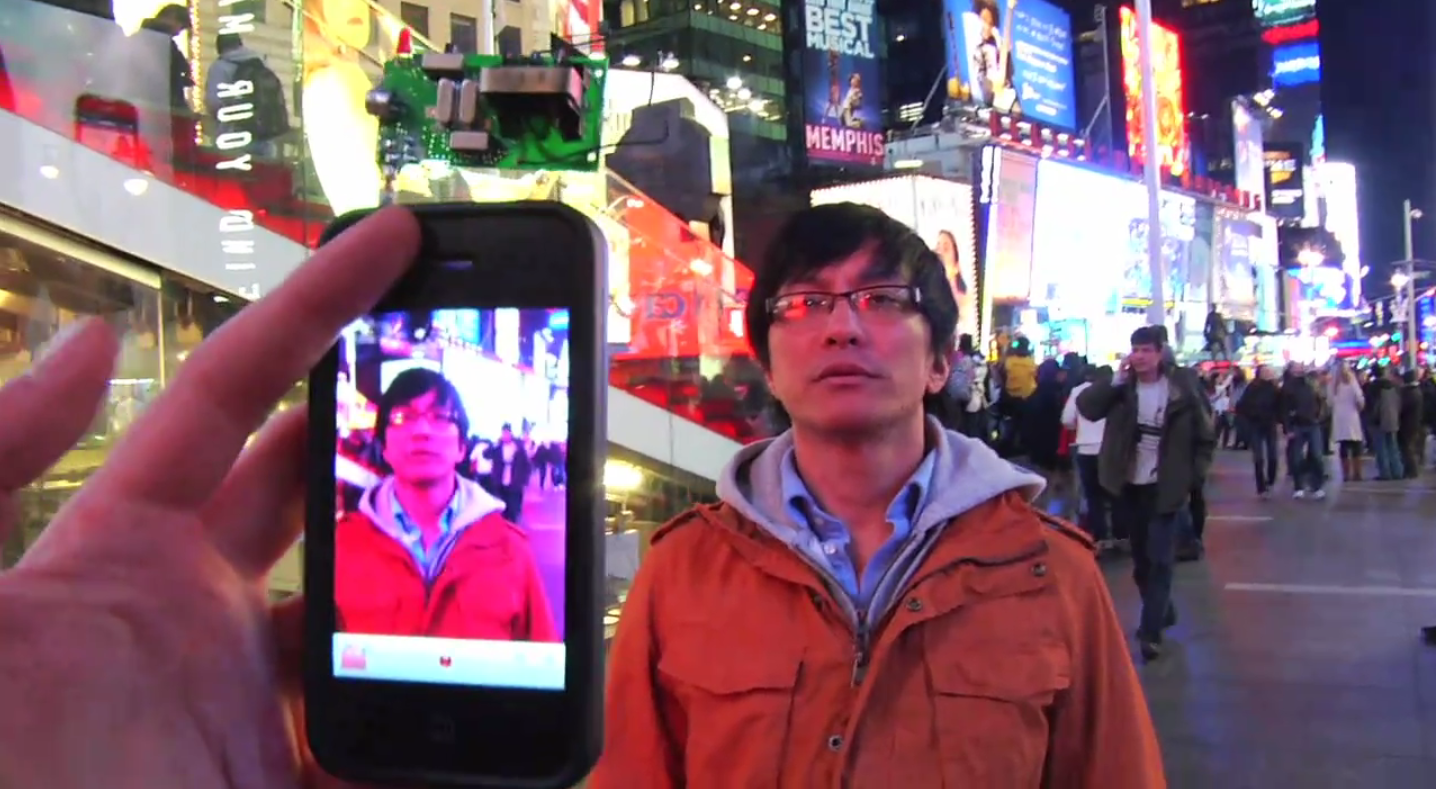 You may remember a video we posted earlier in the week which showed two men defacing billboards in Times Square, New York with what looked to be an iPhone transmitter and separate repeater. Every time the video repeater was waved in front of a video billboard, the picture would momentarily show the video output of the iPhone.

We weren’t sure the video was real, our readers certainly weren’t buying it either.

It has emerged that the video, uploaded by YouTube user BITcrash44, is part of a very clever marketing campaign for a new movie named “Limitless”, starring Bradley Cooper (The Hangover) and Robert Di Nero which will be released on March 18.

Yesterday, a second video was uploaded to the same YouTube channel, this time with an extended introduction, and the films’ trailer at the end:

At the start of the video, the “hacker” is asked how he is able to achieve the feat he is about to perform. He says he uses NZT, holding up a small white pill and then the viral video is played out much the same as the first video. It even shows part of the “Limitless” trailer on one of the bigger billboards.

NZT just so happens to be a pill that enables Limitless’s main character to achieve things he never thought possible.

Now that the YouTube video has been shown to be part of a viral marketing marketing campaign, additional details have become available. The campaign was designed and implemented by marketing agency Thinkmodo – the YouTube account for BITcrash44 actually belonging to Thinkmodo’s founder Michael Krivicka.

Alexandros Maragos, author of the Momentum blog contacted Krivicka, who was only to happy to explain the campaign in detail:

“We needed to create something that would get everyone’s attention and that would go viral. It had to be something that has never been done before and it had to be in harmony with the movie’s concept (concept: you take a pill and it enables you to use 100% of your brain). So we came up with the idea of creating a hack scenario on Times Square which would spark many conversations about technology, public safety, etc… The “inventor” would be a user of the NZT pill which enabled him to create a revolutionary device that lets him hack into any video screen. The subtle connection to the film is the actual trailer (playing on the jumbotron in the final scene) it is the trailer for Limitless, which is coming out tomorrow.”

How did we do it technically? Well, as you can see on the comments, 95% believed (and still believe) that it was all done in post production. However, all we really did was rent the screens and had our footage loop there for hours. The clips had visual sync points which allowed us to sync the iPhone version of the video. Once the sync was done, then it was a piece of cake from there. The actor was familiar with the timing of the “hacks”. We did hundreds of takes on each screen.”

There you have it. If you were one of the readers who called it, well done. We are still impressed that it was all done in real-time, completing it over hundreds of takes and not in post-production.

[Thanks to Igor for the tip!]

Read next: The Economy of SXSW: Music, Film and Media [Infographic]