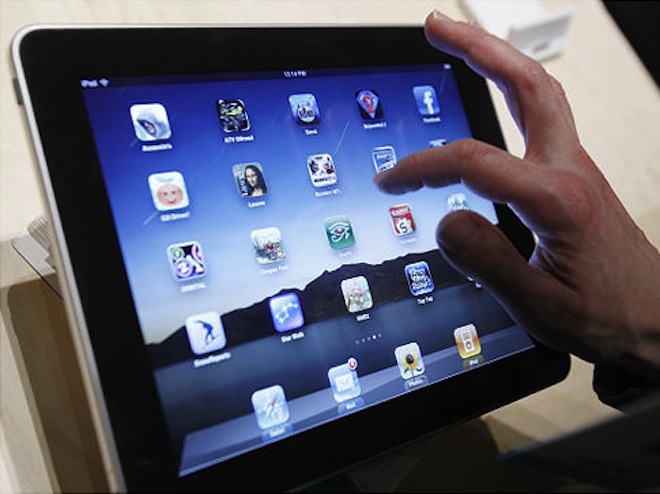 I’ve been waiting patiently over the last few days (I’m basically a weekend blogger now) for someone to make what I consider to be an obvious point about why Apple didn’t put a better display into the iPad 2, but – to my knowledge at least – surprisingly, no one has made this observation:

It’s all about the apps.

As Scoble put it the other day, the iPad’s (whether the “classic” one or the iPad 2) biggest advantage over, well, every other tablet is that the number of native apps that already exist for the “magical/post-PC” device. While I hesitate to push the 65,000+ number (seriously, how many of those “apps” are just ebooks in an app format?) Scoble was dead on when he pinged the iPad’s best quality/advantage. Well, you know what? All of those apps – and all of the apps in Apple’s ridiculous approval line – work with a native resolution of 1024-by-768. That’s right, the same resolution of the iPad 2.

Apple’s decision to keep the screen size the same – to me – had very little or nothing at all to do with price, availability or any other hardware consideration – Apple kept that screen resolution for the simple (though I guess not obvious) reason that it in no way wanted to slow down the rapid pace of iPad app development, and wanted to further distance itself from any and all competition.

Yes, many developers would have adjusted to the new screen resolution, just as they did with the Retina Displays of the iPhone 4/iPod Touch 4, but on those smaller screens, an app that was set at the old resolution could get by with that resolution on a Retina display device – on the much larger iPad?

Every single app would have to be redone, because people would notice the difference, and that would slow down the speed of development, and possibly (though still unlikely) give Android slight chance to catch up. Nothing, and I mean nothing, is more against how Apple views the value of the iPad at this point than letting that happen.

So yeah, Apple could have upgraded the screen resolution, but with “only” 65,000 apps (and again, in reality it is far less than that), I doubt Steve Jobs had any intention of throwing a wrench into the steamroller. Also, by increasing the resolution, Apple would have basically left all of those “classic” iPad owners in a bit of a lurch as new apps came out that were built with the new resolution in mind (yes, developers could also provide a 1024 x 768 version, but I suspect many wouldn’t).

By the time the iPad 3 comes out, most likely the iPad will have well over 200,000 apps, and at that point, the gap will be so wide that Jobs & Co. will be fine to slow down the process a bit to give users a better screen. Feel free to debate the veracity or the morality of this belief of mine in the comments, but I think you’ll have a hard time arguing that this move by Apple doesn’t make perfect business sense.

Read next: Internet in Libya is Data Blackhole