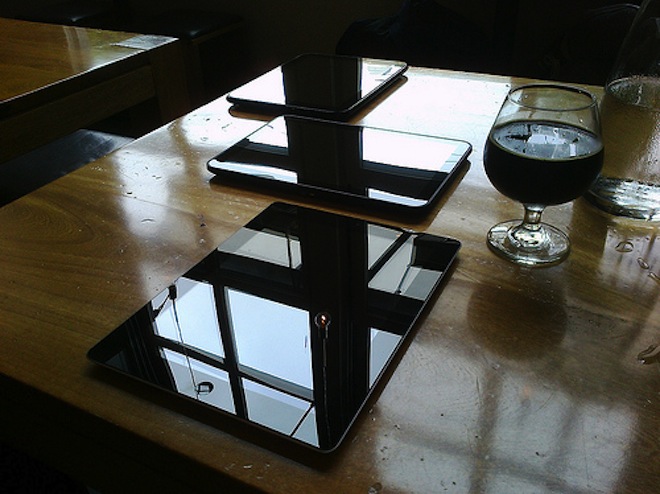 Last night I sold my iPad.

If, like me, you’ve been reading all of the “iPad 1 vs. iPad 2” stories since Steve Jobs took the stage Wednesday (iPad vs. anything else stories are not the focus of this article), you’ll have noticed that the semi-anti-iPad 2 folks (almost no one is really against the iPad 2) have thrown out the “it’s an incremental update” argument for not buying the new device – and more importantly to us in this article, upgrading from the “classic” iPad. To be honest, there is some truth to this, and a number of iPad owners that I have talked to are – at least at this point – happy to just stick with their classic iPads.

However, I wonder if after this article, a few of them won’t change their minds, because for a lot of people, the idea of getting the iPad 2 probably means having to fork over another $499 + tax (for the lowest end model) or more, and since they just bought the classic iPad at most 11 months ago, that’s a steep proposition. Well, I’m here to say that you don’t necessarily have to make the hard decision to give away your iPad to a sibling or spouse or parent or whomever – you can still sell it, and in fact get a decent price for it too.

Literally right after I had a chance to check out the new iPad 2 on Apple’s website, I put out the word on Twitter and Facebook that I wanted to sell my basically excellent-condition 16G WiFi-only iPad that I’d had since early April last year (so with 1 month left on the warranty). The price in my mind? $400. My preference was to sell it to someone I knew – but a little surprisingly at first, I only got one offer for $200, which for me was just too low (for that price you might as well give it away in my opinion).

Turns out, my initial reaction to that offer was a bit harsh: I hadn’t read the fine print that Apple had lowered the classic iPad prices by $100, and was offering my iPad model (refurbished but of course with a one-year warranty) for a pretty amazing $349. I get why Apple did this – to get rid of stock – but still, I think it was a mistake in a way, as it has in the short term at least, lowered the resell value of the classic iPad, which will make a lot of people stick with their classic iPads and not upgrade (again, maybe this post will change a few minds, however).

So after all of that, here’s what I did to sell my iPad in a matter of hours (of course my sales story isn’t going to be the same for everyone, but I have a feeling that it will be close):

So I could have sold it within 10 minutes at $50 less than what the refurbished model is going for right now, or probably more tellingly, at 75% of adjusted new price (i.e. $399). Of course, that doesn’t include tax, which worked to my advantage here in California, as skipping sales tax is a big incentive to buy second hand. So now – including the tax that I’ll have to pay – a 16G WiFi iPad 2 will cost me $250 to upgrade, not $560. Yeah, I can live with that (and from the reactions I got on Twitter, I think most people would too).

The question that I can’t really help you with is for the other models, especially the higher end 3G ones – to be frank, I think selling those for 75% of their current full price tags is going to be tough. I choose the lowest end model a year ago because a) I wanted to save money, and b) because I was pretty sure Jobs would get up on stage in a year and offer the iPad with at least one camera, and I figured the low-end model would be easier to sell. Other than I wish I had sold it before Jobs got on stage on Wednesday, I’m happy with how it all turned out, and now I’ll just have to suffer through iPad withdrawal for the next six days until I can pick up the 16G WiFi iPad 2 – in white of course.

P.S. One last piece of advice – if you don’t get a reasonable offer now for your classic iPad, hold onto it for a few weeks – I have a feeling that prices will go up as Apple sells out of its stock of classic iPads and people that didn’t get in on that lower price-point want to get a cheap(er) iPad. For me though, that $310 was enough, especially as….

P.P.S. For full disclosure, I should tell you guys that I actually kind of got my iPad a year ago for free – I paid $560 dollars and then won a contest related to the iPad for $500 within a few days of getting it, so a lot of this resell process has been a total no-brainer for me, and might be slightly harder on some folks, though I still think the iPad 2 is well worth the upgrade.

Read next: Why didn't Apple put a better display in the iPad 2? Blame the apps