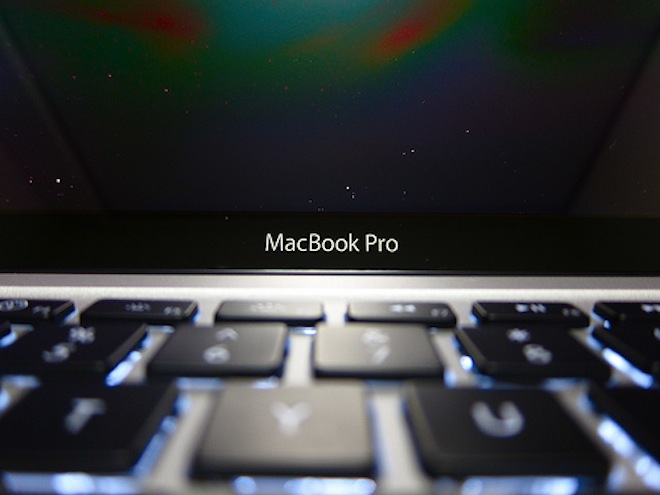 We waited for months, sifting through rumors and placing our bets as to what we’d see with the new MacBook Pro. Finally, just a few days ago, our questions about what it would contain were finally answered. Sadly, it seems to me that Apple has only done about half of what would have been enough to be considered “magical” in this latest version. So what’s missing? Here’s my list:

When the latest MacBook Air came out, we were pretty excited to see that Apple was getting away from optical media. It’s far beyond time to get off of the CD/DVD bandwagon. One way that Apple could have really sold people on the Thunderbolt idea was to partner with La Cie or some other company to provide a copy of the OS and all other media on a Thunderbolt key.

Oh sure, a Quad Core i7 is a screaming fast processor. Add the available 8 gigs of RAM into the equation and things get really interesting. Why in the world would Apple choose to allow that speed to be bottlenecked by a 5400 RPM SATA drive? Are there faster options available? Yep. But they should have been standard. Just like on the Air, Apple should have done away with the spinning platter drive for the OS and opted for a pure flash installation drive.

Need more space? Remember, the form factor didn’t change. Apple could have gotten rid of the optical drive entirely and added a standard 5400 or 7200 RPM in its stead. The rest of the world already knows how viable of an option this is. For Apple to not even offer this setup as an option is a missed opportunity. Better yet? The Pro is truly being marketed as a professional-level device. Allow us to do a 2-drive RAID setup.

This is an area where Apple did about half of what it should have done. Thunderbolt is amazing. It truly holds the power to change the way in which we connect devices to our computers. Why then do we have to wait for parts that aren’t yet ready? Granted, the Thunderbolt port connects with parts that we already have on hand. That’s great. But we really need things to plug into it in order to fully appreciate what it can do.

Apple has a long-standing habit of introducing technologies and then pushing them toward acceptance by readily promoting the products (Firewire anyone?). Apple should have made the push on manufacturers to make sure that Thunderbolt-driven products were on the market the day of launch, rather than just letting us find out that they’ll be available sometime later with no prices set.

Now, taking this a step further, here’s a bit of speculation — Why didn’t Apple change the structure of its logic boards in order to run its internal drives through Thunderbolt? This would have opened the door to later upgrades, sold directly inside of an Apple Store, thus leading to more profit by Apple on existing devices.

Apple doesn’t tend to be a company of missed opportunities. The push with the new Pro is undeniably moving it away from the “hey, I need a laptop to browse the Internet” market. Thunderbolt is a high-speed connectivity standard that is focused directly at the audio and visual editing professional, a place where Apple has been a long-standing favorite.

The latest Pro, though, is an incremental upgrade rather than a truly new product release. For the vast majority of us who own a Core 2 Duo or Core i5/i7 device, it’s not going to be a “must-have”. Chances are, though, that all of this was entirely planned. Apple is likely pushing toward keeping us happy for now, while it irons out the things that will be truly wow-inducing for its next generation. These latest refreshes should be enough to keep the crowd happy that needed a new computer today, but the next generation will most likely be a big enough of a deal to get people to purchase a new Mac again only a few months down the road.

We’ll have to wait and see, of course. In the mean time, I’m going to start saving my pennies. I don’t need the latest version of the MacBook Pro, but I’m willing to bet that I’ll want the next one enough to make it happen.