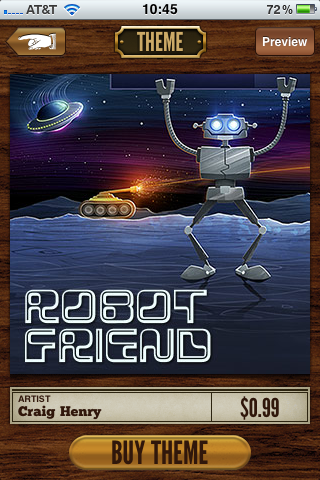 No more than a week has passed since Apple announced it was going to introduce App Store Subscriptions and analysts, publishers and app developers are already up in arms.

Apple has stated that for each new subscription registered via an iOS application, it will take 30% of the fee charged. The cut isn’t necessarily all bad, it provides existing services with an easy way for new customers to sign-up, without having to direct the user out of the app to an external webpage or require the user to enter yet another separate set of usernames and passwords.

The main issue affecting app developers is whether their apps are subject to the same in-app subscription rules that content publishers are bound to. Over the past week, app developers have become increasingly worried that their apps, which primarily offer their services as software, would be subject to a same rules as publishers. This is because their services provide specific functions which are delivered when a user signs up for a recurring subscription which made outside of the app.

It seemed that developer worries were justified when it emerged that Readability, a service that adapts any web page into a simple, easy-to-read version minus ads and additional media for a small free, was notified by Apple that its app was declined and would not be accepted on to the App Store. Readability cried foul, stating that Apple was unfairly targeting software service apps and not just publishers.

The line is blurred in Readability’s case, mainly because they are taking existing content and serving it, just in a different way. Apple can deem them as content publishers, even if it isn’t their own content they are serving.

Now, the line has got a little more blurry after MacRumors received an email from a reader who had contacted Steve Jobs with concerns about the new in-app publishing rules.

As a full time iOS developer, I am concerned (and confused) withe the new App Store guideline regarding “Apps offering subscriptions” (section 11.12).

Most of the iOS apps I have developed, as a contractor for other businesses, have been free apps that had login screens to allow the user access to some amount of private data. and/or service. These businesses have all been well established companies that sell some kind of service to their customers (Software As a Service companies) and the iOS app was merely another “portal” for their users to access their data/services (in many times, in a limited i.e. “mobile” fashion)…. for example; SalesForce. I am concerned that most of these businesses will choose to not develop an iOS app for their customers if the IAP & subscription policy was in place.

Would these type’s of free apps be still be allowed in the App Store or will they now be expected to use IAP?

Jobs, who is currently taking sickness leave from Apple, replied in a short email:

We created subscriptions for publishing apps, not SaaS apps.

Jobs’ response is certainly to the point. Stating that rules affect just publishing apps, software-as-a-service would be exempt from rules that apply to apps that require subscriptions. This would mean that in Readability’s case, the app has undoubtedly been classified as a content platform, and it must adhere to the same rules as publishers.

Other applications that offer subscriptions for additional services shouldn’t be labeled as publishers either. It seems Apple is feeling its way around its new rules and it is possible that a middle-ground could be found to allow Readability to be accepted on to the App Store.

If a solution cannot be found, developers may have to look to mobile-enabled websites, even jumping to Android to take advantage of Google’s more robust One Pass publishing system.

Read next: Motorola XOOM will receive Flash update "a few weeks" after launch