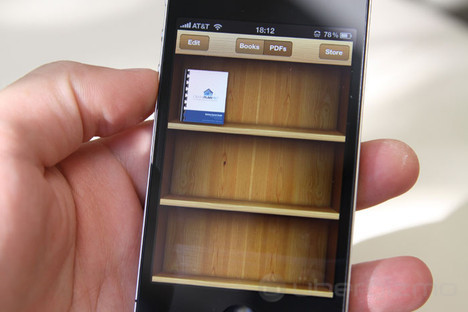 In the cat and mouse game that is iPhone jailbreaking, Apple has reportedly begun blocking iBooks downloads on iOS devices in an apparent attempt to stop the proliferation of pirated e-books.

AppleInsider reported the news, highlighting a “jailbreak check” within Apple’s iOS 4.2.1 that detects when a device has been jailbroken using the GreenPoison jailbreak tool. When users try to access content in the iBooks app, they are met with an error message:

“There is a problem with the configuration of your iPhone. Please restore with iTunes and reinstall iBooks.”

Jailbreak developer “Comex” explained how the new security check works, suggesting that Apple makes the iBooks app drops “an improperly signed binary, tries to execute it and if it works concludes that the device is jailbroken and refuses to open the book.”

We reported back in December that jailbreak checks within iOS were disabled – it appears that jailbreak detection is now limited to iBooks application.

Have you tried to open content inside the iBooks application? Let us know if you have any problems in the comments.

Read next: Hands on with the Samsung Galaxy S II [Video]