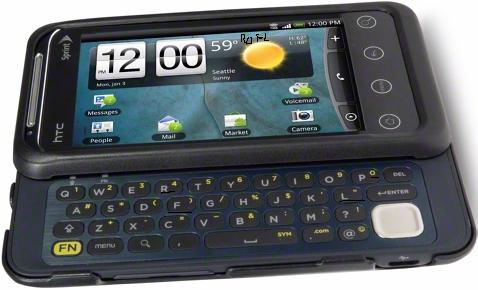 As has been reported quite widely over the past few hours, Apple has updated its list of the top-selling iPhone and iPad apps of all time as it creeps towards the 10 Billion downloads mark. What’s really interesting though, is that these “All time” lists vary depending on the App Store you’re looking at. So, comparing the lists shows differences in regional tastes in apps around the world.

It’s easy for anyone to take a look at App Stores in other parts of the world by clicking the small country flag at the bottom right-hand corner of the iTunes store. So, that’s what we did and we took a virtual world tour to discover how tastes in apps vary around the world. In North America, as with other parts of the world, it seems games are what users are most willing to pay for on the iPhone. The Top 10 list consists almost entirely of titles like Angry Birds, Doodle Jump and Tap Tap Revenge 3. While games make a showing on the iPad top paid list too, useful titles like FlightTrack, Calorie Tracker, GoodReader and ‘mood enhancer’ Ambiance are strong here too. North Americans like to pay for iPad apps that are lifestyle aids, it seems. Quite what explains the appearance of iFart Mobile though, we’re not sure – it didn’t appear in any of the other top app lists around the world that we checked.

When it comes to free apps, Facebook comes out on top for iPhone, with Pandora‘s music streaming app also making a strong showing across iPhone and iPad. Interestingly, almost all free apps for both devices are utilities. The similarity between North American and much of Europe is striking. As with the other side of the Atlantic, the paid apps lists are dominated by games and the free apps by utilities. Angry Birds comes out on top for iPhone in many European countries, such as the UK, Finland, Denmark and Ireland.

What’s interesting is the small regional variations across the continent. GPS navigation apps and driving aids make strong showings in Estonia, Germany and Spain among others, while navigating Paris is so important to the French, it seems, that two public transport apps for the city make the top 10 paid iPhone apps for the whole country. The Czech Republic seems to go for English translation apps, with three of them making the top tens there. It’s a similar picture in Hungary, although there both English and German translations are popular. Many of the same apps that are popular in America and Europe prove hits in Africa although there are some interesting regional trends. The most striking of these is the popularity of religious apps, which don’t make much of a showing elsewhere in the world. The Bible shows up in the top ten paid apps for both iPhone and iPad in many central and south African countries, while a daily Islamic reminders app called Athkar is popular in Egypt. A slightly lighter read is also popular in many parts of the continent; 18,000 Cool Jokes is a hit here despite not making an impact elsewhere in the world.

Also a huge hit around Africa is the WhatsApp cross-platform IM service. It shows up as the all-time top paid iPhone app in many countries. Rhythm action gaming seems particularly popular in many parts of Asia. Tap Tap Revenge 2.6 and 3 make strong showings in the Philippines, China, Singapore and Vietnam among others.

Meanwhile, Japan and South Korea buck the trend for games to dominate the paid apps sections. In those two countries, utilities make a much stronger showing. In Japan, comic book readers, handwritten note taking apps and a range of productivity apps completely crowd out gaming from all but the top free iPad apps list, where just three games make a showing. It’s even more stark in South Korea, where public transport, mapping and IM apps mean games don’t get a look-in at all. As with some Asian countries, the Middle East doesn’t go much for games, it seems, although Angry Birds makes an appearance in some countries. Messaging apps of both the IM and VoIP varieties prove particularly popular among the utilities here.

As might be expected, a variety of Islamic apps pop up as you tour the App Stores of this largely Muslim part of the world. This might seem like a large part of the world to bundle into one, but for the most part, tastes in apps here don’t stand out as particularly unique. There are similarities with many African countries, though. Bible-related apps and that 18,000 Cool Jokes app show up as hits in Jamaica, while many countries here show a taste for WhatsApp Messenger.

Games aren’t particularly popular in the top tens here, with only big worldwide hits like Angry Birds, Tap Tap Revenge 3 and Traffic Rush making frequent showings. One country that skips this trend is Peru, which seems a little happier to pay for iPhone games. One game we’d never come across before that’s big in Peru is Pee Monkey Toilet Trainer – a game featuring a urinating simian. As you might expect, these Western-looking countries have particularly Western tastes, with popular apps mirroring those in the USA and UK. There are a few exceptions though. RainRadar AU lets you seen when a shower is approaching your part of Australia and the similarly country specific WeatherNZ serves a similar function for sky watching Kiwis.

While it’s important to note that availability of apps from country-to-country can affect where they become hits, it’s still interesting to take a global approach to app sales and we wonder if Apple will make a global all-time chart available at some point in the future.

Thanks to Francis Tan and Em Bee for their help with this post.

Read next: Alibaba Group to Drive Major Investment in Logistics in China