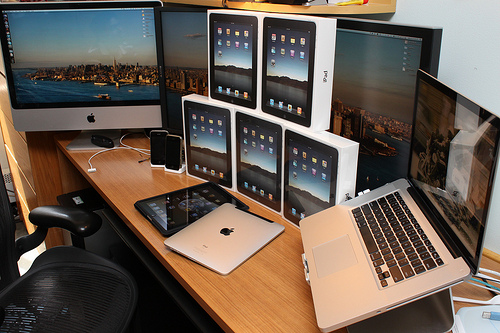 Kevin Rose? Yes. Kevin Rose. The Digg creator posted on his blog tonight that, apparently, he has some inside information about the iPad 2. What he doesn’t tell us is his source, which isn’t very surprising. What he did tell us is, essentially, what we already knew:

Now, I said essentially. The reason for that? We postulated, back in late November, that the refresh would actually come in January. We were told that Apple had 2 events to be held in the first quarter of 2011, and we figured that an iPad refresh in January would likely fit the timeline. In fact, that thing about the display? Digitimes talked about that in November as well. Though we’re still fairly certain that it won’t be a true Retina Display, you can almost bet on something that will run 720p video in full resolution.

So what do you think, loyal lovers of TNW? Do you agree with Boris’ points about what the new iPad will hold? Will we see the iPad in January, still? Or will Apple let the hubbub of the Verizon iPhone 4 die down first, then give us a new iPad in February? Let us know in the comments.