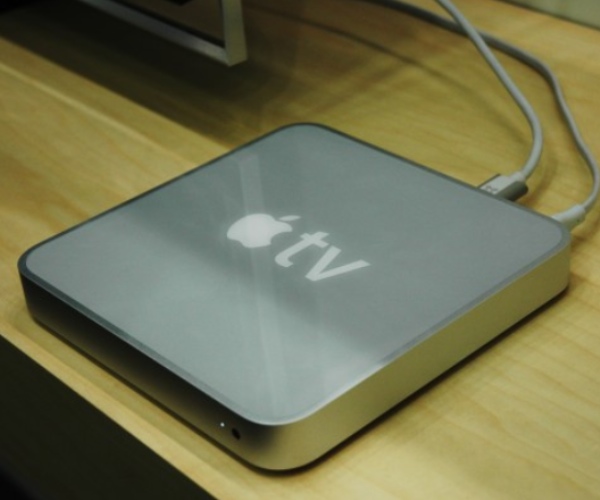 In a report published today, the US patent office released a series of patents that have been bestowed to Apple. And one of the patents, shows off the possibility of an update to Apple TV.

When we first envisioned what the next generation of set-top boxes would be like, we aimed high, naively imagining that entertainment boxes like Google & Apple TV would seamlessly pipe in content — more than we’d ever be able to consume.

Sadly, in the last year we’ve realized that major networks aren’t ready to play ball just yet. A fact that has limited devices like GoogleTV and has literally squashed our dreams of these future-systems. And with Apple TV, many users were surprised that it restricted users to their own content including Netflix and iTunes rentals — no iOS app market, no amateur hour, no full page web browsing of the web.

We can’t be sure if this patent mean anything for the future, however, by the looks of this new patent, it sports “advanced broadcast TV menus and search options for programming”. As PatentlyApple mentioned, Apple could be doing away with the box altogether and may even develop a cable card that runs on Apple software. And, this Apple branded cable card could possibly be inserted into media devices.

The patent also highlights multiple search functions that may include a metadata search engine capable of extracting information from a metadata content providers such as Tribune Media Services.  A service that is used by many DVR systems to send information to the DVR.

On a side note, Microsoft may be announcing its new TV box at CES this week, another major player setting the groundwork for the ultimate entertainment system.