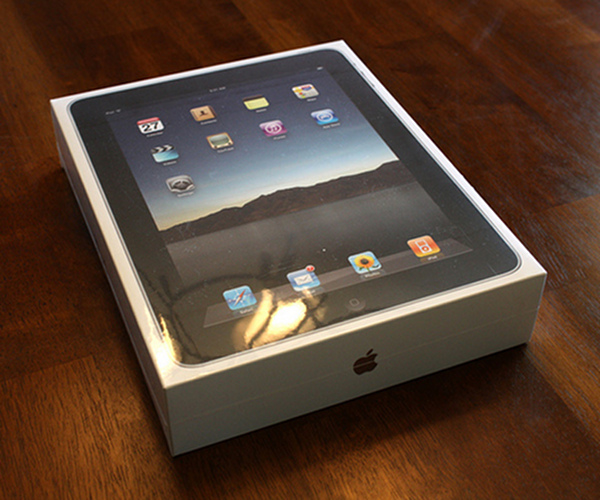 According to the newspaper’s sources, Apple is “Working on strengthening the iPad 2’s anti-smudge and anti-reflective treatments in order to compete against Kindle and attract more consumers”.

The existing iPad suffers badly from grease marks once it’s been used for a while. Although they don’t affect the usage of the device, they look damn ugly, taking the “sexy gadget” image of the device down a notch or two.  Meanwhile, you can forget it if you want to use a current iPad in direct sunlight – improved anti-glare coating would be highly welcome and seems lie an obvious addition to the device.

Digitimes’ report also states that in addition to the WiFi only and UTMS 3G versions that we’re used to right now, a CDMA version is in the works. If true, this makes a Verizon iPad a virtual dead cert – something that will please the US market. At present the iPad is only available for Verizon as a Mi-fi-bundled WiFi device. If a native Verizon iPad does make an appearance, it could also hint at the long-rumoured Verizon iPhone making an appearance soon.

Digitimes’ sources estimate that in 2011, iPad shipments will reach 40 million units and account for 65-75% of the global tablet PC market. With Android tablets still in their early days, this might well be an accurate guess.

In a separate report, Digitimes recently claimed that the second iPad would sport video calling, lighter body, USB ports, new display technology and new 3-axis gyroscopes. All of these, except the USB ports which Apple is averse to in its mobile devices, seem like pretty logical additions to the tablet.

Read next: How Online News Evolved in 2010