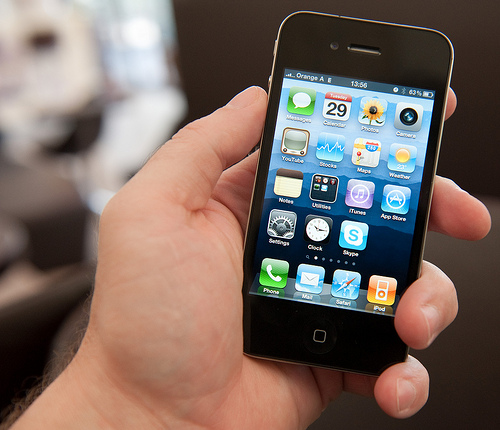 A new patent filed by Apple suggests that the company is looking into ways it can reduce interference with its antennae in its iPhone and future products, focusing on a process that would see the antennas placed behind the logo on both phones and MacBook laptops.

The filing almost certainly comes after the “Antennagate” debacle when the iPhone 4 launched; the device would lose signal if two of the antenna housings were bridged with the hand. This led to Apple handing out free iPhone 4 cases for users that requested them and looks to have inspired a change in where the wireless antennas will be housed in the future.

The patent for “logo antennas” shows the antenna placed in a housing that contains conductive sidewalls, holding compents and integrated circuits. The logo antenna woud then be able to transmit and receive radio-frequencies (both 3G and Wi-Fi), therefore gaining a clearer and ultimately stronger signal without metal stuctures or other conductive housing walls interfering.

The patent could also demonstrate Apple’s intentions to create 3G/4G-enabled laptops that can be used on the go, possibly an upgrade to the already very light and ultra-portable MacBook Air. We aren’t sure how the antenna would work behind an Apple logo on the iPhone but if it means we have a glowing LED Apple logo on the back, Apple fans have one more reason to want one.

Read next: Robber holds up restaurant with an iPhone, bails when staff pull knives