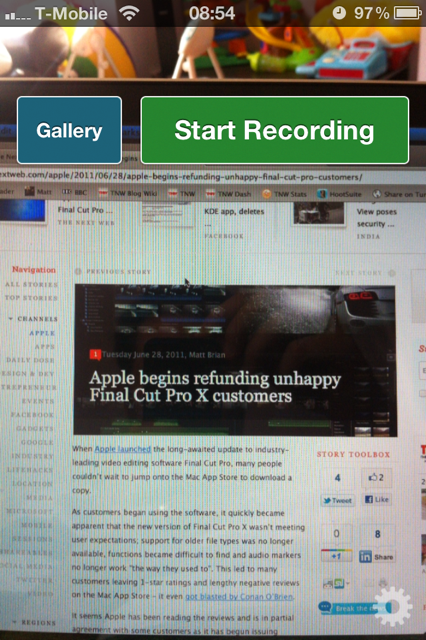 Apple has seemingly put rumours of the death of its white iPhone 4 well and truly to bed with the company starting to affix new signs in its shops noting its pricing and upcoming availability.

9to5mac got a shot of the new Apple signs which note that the white iPhone 4 will be available in Spring 2011. The release date is not surprising, mainly because Apple released a statement telling disgruntled customers that it would be available at that time.

However, the inclusion of the devices’ availability does indicate that the Cupertino company is still right on track to deliver the much sought after device, even when it appears Apple will likely release the latest iteration of its smartphone six months later.

Colour discrepancies between the handset body and the home button are said to be behind the delay. Apple, adhering to its high quality levels, are not releasing the devices until the colour issues are eliminated.

When Apple announced it would be delaying its white iPhone 4 for a second time, it immediately pulled all references of it from its product and ordering pages on its website. Shortly after that, the device was spotted being used by a mysterious gentleman in New York City.

If new signage is being incorporated into Apple’s retail stores, it should mean it’s only a matter of time until the device reappears on the website and all manner of gentleman (and women) can order the handset.

Read next: Turn your iPad into the best radio you've ever owned