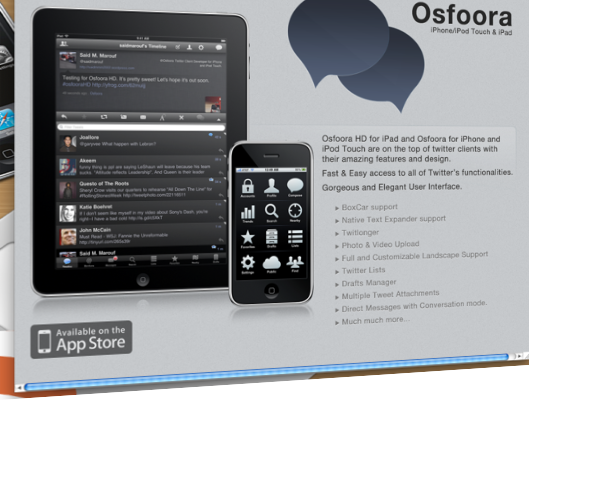 According to MacStories and some screen shots of “a pre-alpha” version, iOS Twitter client Osfoora is making the jump to the desktop:

In a world dominated by a few big Twitter clients (TweetDeck and HootSuite come first to mind), Osfoora making a jump to the desktop (soon after Weet for Mac emerged in beta form) is a good sign that developers think they can offer something new and interesting to the Twitter apps market.

I think Twitter apps are going to quickly fall into two categories: those for people like us at TNW and other info junkies (following lots of people or lots of lists) who need columns and tabs and as much info in front of us as our screens and eyeballs can handle; and those for the majority of Twitter users who follow a few hundred people at most where a nice, clean Twitter client on their desktop will beat using the website.

If the price is right. No word on how much Osfoora might cost, but the iOS apps are $3 for iPhone and $4 for iPad/HD version. Would you buy a Twitter app? Would ad-supported or freemium be more to your liking?

Ah, the challenge that faces all developers.