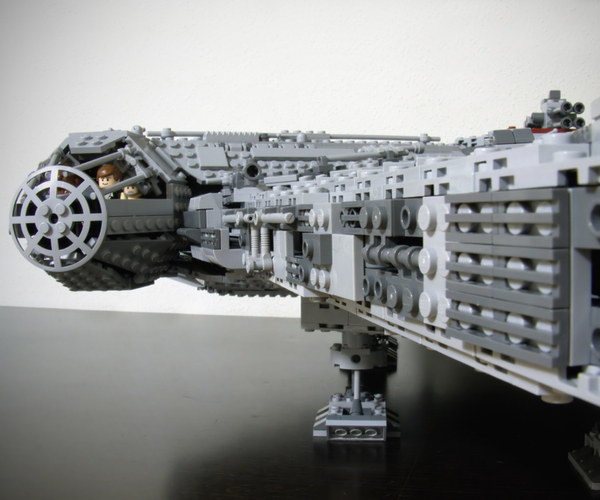 I’ve lost count of the number of times I pretended to be a gunner on the Millennium Falcon or how many dollars I spent playing the various Star Wars games in arcades. Well tonight, I get to keep trying all over again for a paltry $5.

Yep the augmented reality game for the iPhone, Falcon Gunner is available in the App Store. The left control moves the gun around, the right control fires. You also move your turret by moving your phone. Yeah it gets a little hairy. As for the augmented reality…it’s neat to blow up stuff in your house (and family members) with laser cannons, but it’s rather distracting actually. Unless you’re pointing the camera at something dark, it’s hard to see those darn T.I.E. fighters coming!

I haven’t had long to play with the game and while the promo video on YouTube makes it look really awesome and easy:

I’ve only been able to nail one TIE fighter thus far.

Okay, well that’s also because I was trying to film me playing playing it … which you can laugh at here:

Review and rating? Let me nail some more fighters first. Right now…certainly worth the $5 for the fun of my wife and I shooting lasers at each other in AR mode.

Read next: Apple's iAd network coming to Europe in December