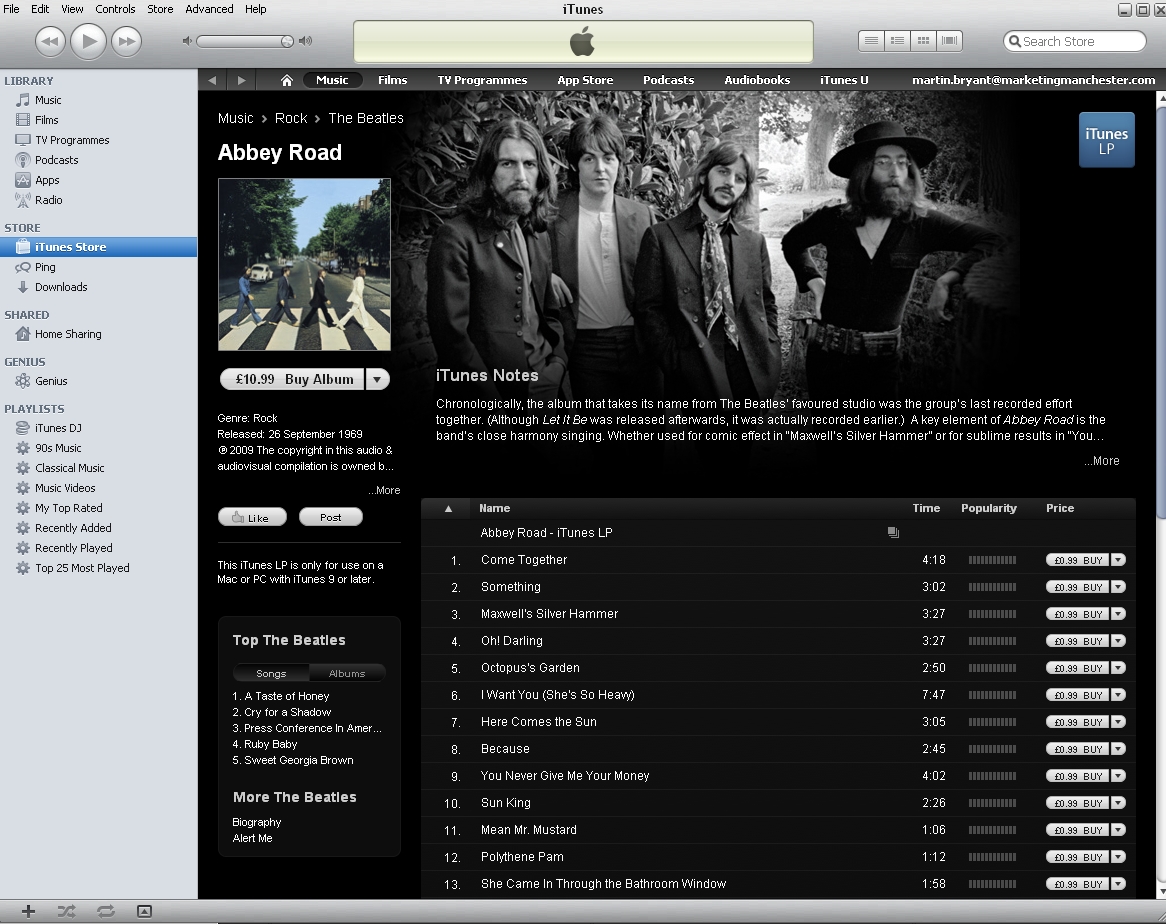 The the long-awaited Beatles catalog is now available through the iTunes store.

Yesterday, when all our troubles seemed so far away, Apple displayed a mysterious message alluding to the fact that today was going to be momentous.

Today, Apple announces that it has struck a deal with the Beatles, the best-selling band of all time, and their record company, EMI, to sell their music on iTunes.

The individual albums cost $12.99 while a boxset of the Beatles’ entire work is available for $149. The iTunes store includes Beatles iPad and iPhone apps, music videos, TV shows, Beatles podcasts and the first-ever Beatles’ concert on U.S. soil in 1964.

The Beatles, who’ve sold more than 177 million albums in the United States alone, have long held out from selling their music via digital downloads. The move to sell their music via iTunes may not be a day we’ll never forget (as Apple stated yesterday) but it is a big deal in the music industry. Funny enough, in reaction to this move, Amazon slashed prices on its Beatles’ Box Set to $154.99, still marginally higher than iTunes’ sale of the box set at $149.99.

The 125 million computer owners worldwide with iTunes installed will just have to listen to Yellow Submarine as they wait for a cloud-based or subscription model on iTunes as Apple figures out what it wants to do with its new billion dollar, 500,000 square ft data center.