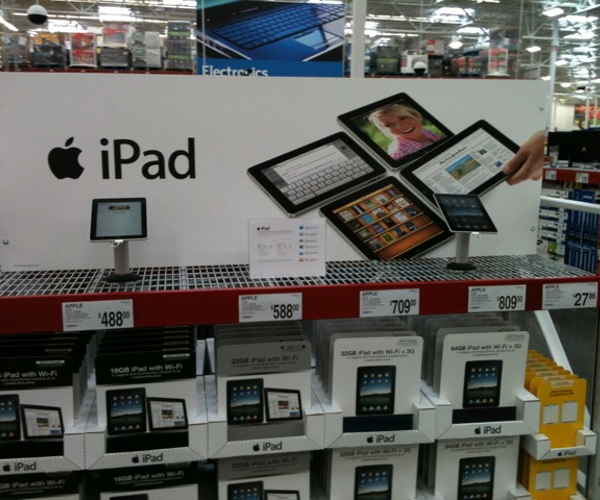 Reported by 9to5Mac tonight, iPads are starting to show up in Sam’s Clubs in the U.S. at (slightly) discounted prices (about $12 for WiFi and $20 for 3G). Scoff you might, but like having iPads in Walmart and Target, Sam’s Clubs are place where thousands of people shop for “regular” stuff.  Do I check out Costco for deals on gifts? You bet I do (no Sam’s Clubs in Canada yet). Sometimes warehouse stores are great places to pick up electronics. I bought my last TV there and often check the deals on hard drives.

If there is any question of whether or not the iPad is a mainstream tech item like the iPod is, this is the final answer: damn straight it is.

Oh and for the Costco faithful out there, yeah they got snubbed by Apple. So no warehouse iPads in Canada. Ah well, I’ll have to pick up something else with my giant-sized bags of chips, burritos and pasta sauce.