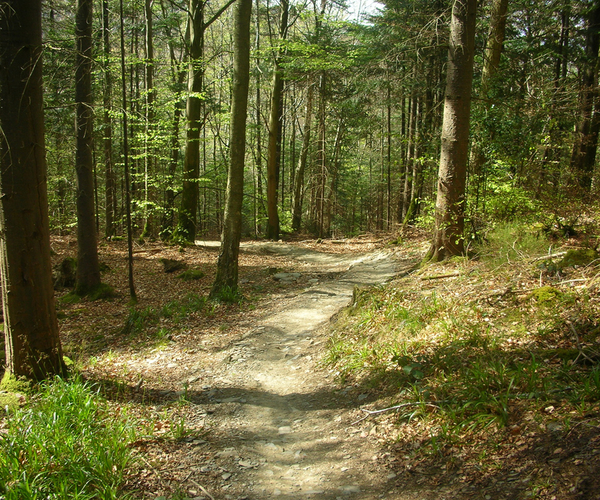 Like a lot of people tonight, here at TNW we’re test driving the new social, photo-sharing app (and website…sorta) called Path. We haven’t had long to look at it, so this is a quick look that we’ll update later as more folks are online and sharing photos.

First off, the highlight reel: I downloaded the app from the App Store no problem (I have an iPhone 4 running iOS 4.1), and on launching it I completed a simple sign up screen (name, email, gender, password). Then…well just like the image at the top of the screen says, I tap to take a picture, again you have to do this in app, no camera roll (so no HDR either). Taking the picture you’re asked to tag it with people, places, or things. (Side note, while you can’t pull from your camera roll, the pictures you take in Path are saved there). Once you tag and save, the image is shared with your friends.

This is another place where Path diverts onto the road less taken. You can only add 50 people to share with. The theory is that you only really have about 50 people in your social network who you’d really like to share things with. I believe the intent is to make Path a little more personal than Facebook, and easier to share things than emailing all your friends.

Fair enough, and it makes logical sense. I think.

For your friends who don’t have iPhones, they can sign up on the website and see your photos that you’ve shared, but they can’t add any at all. No way to email or upload photos in. Last time I checked, iPhones weren’t the only smart phones with cameras, nor are the the most dominant smart phones out there.

When I look at new apps, and I’m pretty picky about what I like (I was rather late to the Instagram craze, but I do find I like the funky filters now), I give them essentially a minute or two to impress me.

Everything in Path, just answered: “meh.” for me. I can’t do anything interesting with the photos, even the iStalin app might be silly, but it’s fun silly. The only 50 friends to share with thing doesn’t bother me, but adding them through my address book? I have 2000+ contacts! Why not pull info from Twitter and Facebook to see who I interact with on a semi-regular basis? That’s my social graph, not the tons of PR contacts, tech people, and friends who I’ve emailed over the last 6 years I’ve had Gmail.

As you’d expect, Scoble was invited in pretty quickly, he’s somewhere in my contacts, and I think his take is far essentially the same as mine. This is an app that doesn’t solve any problem for me. If I want to share photos with only a few people, I had other ways of doing it. Scoble’s wife Maryam noted that private sharing within a group is what private Facebook groups are for. Go Maryam, you always cut to the meat of the issue.

Speaking of Facebook, launching your app on the Sunday night before Facebook is set to make an announcement? Not the best timing. This is going to fall off all our radar’s pretty fast.

Although this is a free app, and I’m sure I might use it once and a while for sharing a picture. I’m more likely to dump it off my iPhone in my next “do I need this?” app cull.

Update: here’s a video from Path giving you a more visual run down of the concept.

Read next: Facebook is Not Where You Want to Hide