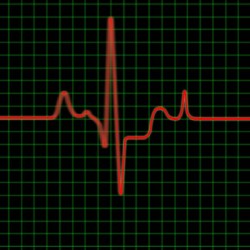 Celebrating their anticipated announcement of a successful VC injection of $800,000, Alphonso Labs, makers of the Pulse News Reader iOS application , have made the application a free download.

The Pulse News Reader, which formats RSS feeds is a graphically pleasing ‘magazine’ style, similar in concept to Flipboard’s treatment of social media links, hit the headlines back in June 2010 when none other than Steve Jobs, CEO of Apple, featured the application in his keynote to the Apple Developer’s Conference in San Francisco.  The application hit the news, once again, shortly after that boost, when the New York Times requested that it be withdrawn for featuring their content in in its marketing materials.  That small issue was soon resolved and the application returned to the App store.  Recently, Pulse News Reader has been featured in Apple’s App store Hall of Fame.

According to the New York Times, the  “goal [of making Pulse News reader free] is to attract more users and, with them, paid partnerships with publishers and advertisers.”

Read next: Eid Al-Adha Greeting Card from TNW ME