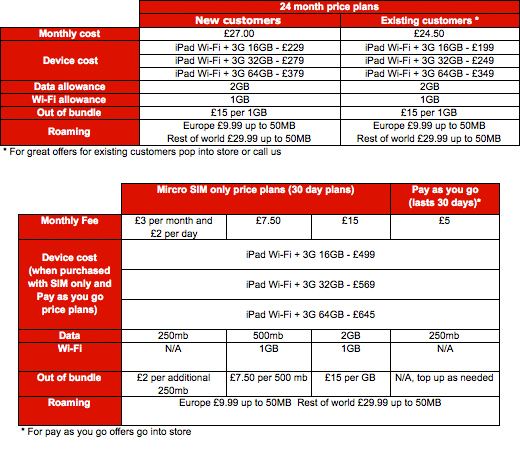 As we reported only a few days ago, the Xbox 360 (likely because of Kinect) and the iPad are set to rule this year’s Christmas shopping lists. With the American non-holiday of Black Friday just around the corner, many people are already preparing their ideas and crowd-surfing strategies. But I’m here to throw an idea your way – don’t buy an iPad.

That’s not to say that the iPad shouldn’t be on your radar of eventual purchases. Quite the contrary in fact. We’ve already given you every reason to buy (or not to buy) one. It’s a great device, but it’s very likely going to be old news in the not-so-distant future.

As Apple product releases go, the iPad is old news. It was released in April of 2010, along side the current MacBook Pro. The Pro has already recently gotten a mid-cycle upgrade option that enabled you to custom-order a 2.8 GHz Core i7 version. We’re waiting to see what Apple will do on its annual refresh of the MacBook Pro, and you can bet that we’ll see a refreshed iPad along with it.

What will come in that refresh? Here are our bets: Though Steve Jobs has already debunked the thought that we’ll see a 7″ iPad, Apple on the whole is known for striving to make products lighter, even when they maintain their original overall size. The recent iPod Touch update is a testament to that fact.

People have complained about the weight of the iPad since its release. For a device that’s intended to be used (at least in part) as an e-reader, it’s not a very comfortable thing to hold in that position for any length of time. While there are a number of great cases and stands to assist with its heft, it’s still due for a diet. We’d love to see an iPad that is half the weight of the current one, but even a few ounces off of the total would be welcome.

It’s likely that we’ll see only one, in all honesty. The form factor of the iPad just doesn’t make much sense for a forward-facing camera. However, it seems a real shame that we can’t Facetime via the iPad.

The only uncertainty here is what resolution camera the device is likely to have. We’d almost bet that we’ll see an identical camera to the one in the iPhone 4. It’s capable, does an above-average job with Facetime and should be relatively inexpensive for Apple to include. Facing facts, the iPad’s display is underwhelming once you’ve seen an iPhone 4. Retina Display, while not being a game-changer, is certainly something that you’ll want once you’ve seen it. While there’s no cure for developers that release “iPad versions” which do nothing more than pixelate already-mediocre graphics, it would open the doors for truly beautiful applications.

Applications keep getting bigger while solid-state storage just keeps getting cheaper. As evidenced by Apple’s options for up to a 256 GB SSD for its new MacBook Air, the company embraces the products that are setting forward thinking.

While we understand that there are differences between the MacBook Air hard drives versus the on-board memory of the iPad, we know that options exist in the market to give the iPad 128 or even 256 GB of storage. While we’d be glad to see the 16, 32 and 64 GB versions stick around, it would be great to have a “power iPad” option that included the 128 or 256 GB of storage.

If Apple holds true to its mobile line, then the new version of the iPad will likely be the same price as the existing one. We’ve seen it happen time and again with the iPhone and every version of the iPod. In what seems to be forced amnesia, Apple loves to slightly reduce the prices of its previous iterations and clear them out of stock, never to be mentioned again.

Beyond the previous acts, we have to look at price points, as well. Right now, the iPad sells for between $500 and $800 depending on what version you want. If Apple takes those prices any higher, then the market for the entry-level MacBook Air gets infringed upon. In a time when people are already poaching one ultra-mobile device in favor of another, Apple doesn’t want to be its own enemy.

So where does that leave your holiday shopping plans? I’d like to point you to the direction of the Apple Gift Card. Spend the money, but don’t take the risk.

Oh, and don’t forget that with iOS 4.2, the iPad is about to become infinitely more useful.

Read next: 3 great ways to share, use and discover audio with SoundCloud