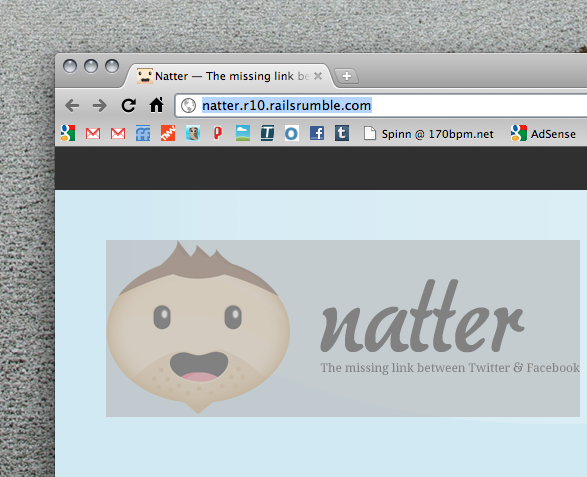 Ever since the lion-bearing announcement went out, people have been placing their bets on a few things. First off, we’re pretty sure that we’re going to see the next iteration of OS X. The reasoning behind this belief, of course, is the appearance of another big cat. Will it be called Lion? Who knows? But betting on the OS release, let’s talk about what we might see: If you’ve used an iOS device then you know the rubber band feel when you’ve reached the top or bottom of your scrolling area. Rumor has it that we’ll see this same sort of rubber band inertia coming to OS X in the next release. Does it fit the desktop environment? As a recent Mac convert who had only used iOS devices before, I can tell you that it seemed to be missing when I went into using OS X.

We’re hearing that the semi-transparent black background will be going away. What’s coming in its place? Macstories seems to think that it’s white, and will be the default option. Personally, I’d love to see the black stay. It’s fitting to my tastes, but maybe I’m alone. However, does it really matter?

This goes along with the new scrolling feature, but is a pretty big deal in and of itself. For those who are fans of using your trackpad or Magic Trackpad, a pull to refresh feature would be very welcomed. Apple could even choose to go a step further with this and enable the function to be assigned certain tasks within applications, as a part of the trackpad settings.

A new dashboard? An entirely secondary OS? Is it possible that we’ll see iOS (and thus iOS applications) on the Mac? Our own @MartinSFP seems to think it could happen. Though nobody is quite sure how it would happen, it would certainly be welcome. The bigger question is whether applications would allow you to synchronize between your desktop and mobile versions. There are so many application developers that would have doors opened to them that the very thought gets us excited. Angry Birds, on a 27″ iMac? Yes please!

What could make things more useful for you? What haven’t we thought of? Let us know in the comments and we’ll add it to the betting pool. For now, we’re all going to have to wait until Wednesday, but you can rest assured that TNW Apple will be bringing the news to you exactly when it happens, so stay tuned.

Read next: Walmart to start e-commerce site for Sam's Club in China