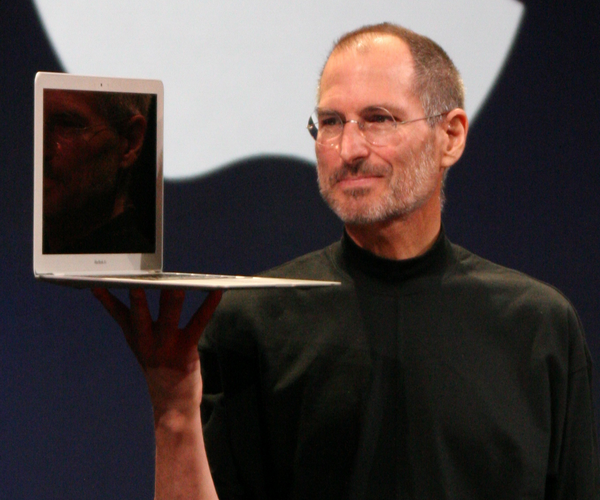 Oh dear, today is a rough day for the cottage blogging industry that has sprung up around Apple’s every move and non-move. Just a few hours ago Apple Zen master Steve Jobs ripped into the idea of 7″ tablets, putting to untimely death several thousand blog posts that had been written  on the possibility of a 7″ iPad coming down the pipe.

Jobs went on to say that the 7″ form factor is not a good size for tablet applications and that these tablets are 45% smaller than the iPad. He then said … “these 7″ tablets should come with sandpaper, so that users can file down their fingers so they can use them.” Gruesome.

So where does that leave us? We are now left with tens of thousands of wasted words that were published concerning “rumors” and “leaks” that were constantly “heating up” surrounding the existence of a 7″ iPad, possibly coming “this holiday season.” Just go ask Google how much was written on the topic.

For all the consumers who are now disappointed, we apologize for the world of blogging. We didn’t cover the 7″ iPad rumor here at TNW, but we do touch on Apple rumors on the occasion, and so I feel it fair to tell you a few of the guidelines that we keep in mind when reading through the Apple rumor mill. Let’s get into it.

This is actually truer than it sounds, but in regards to Apple rumors the analysts are nearly always wrong. There are a few Apple analysts who are better than others, but their job is to stay in the media and that means they have to speak loudly. Don’t have anything to say? Claim that Apple has sold 5 billion iPads and that the iHeart medical tool is just around the corner! Your source in ‘Asia’ told you so!

That is slightly unfair, but if you don’t recognize the name of the quoted analyst or who they work for, run.

As we mentioned, there are a fistful of blogs covering Apple and that leads to fierce competition to get the best news first. That applies to rumors as well, and often it seems that the smaller (and therefore scrappier) Apple centric blogs will play faster and looser with hard evidence, fact, and the like to make a bang and get noticed.

This is not to say that most small Apple blogs are not perfectly honest and fair, but it is something to keep in mind when only one blog has a land mine of a story and none of their bigger competition will touch it.

Apple Is Not Perfect

They do slip up and things do leak. This is just to say that some people actually do have the ear of numerous people in Cupertino. People like Gruber of DaringFireball have good connections, so when they mention something you can give it more weight than you would from anyone else.

News Consistency From The Bottom Up

Check the rumor from all sources that are writing about it. Are they all covering the same nugget that someone else wrote, that is to ask are they just regurgitating the post? Or is there perhaps new information developing along the way, showing multiple sources from the bottom up? It matters if a story is confirmed or not, but you have to be careful to track just what is going on.

If the WSJ writes that the iPhone is coming to Verizon, you can bet lunch on it. As you well know newspapers are rarely in the rumor business, and when they devote inches, especially print inches, to a news story then that is as close to concrete as you can hope for aside from an Apple press release.

Talk Plausible To Me, Baby

There, now go forth and read Apple rumors with the discerning eye.

Read next: Babbel: Free language lessons, on the go, for your iOS device