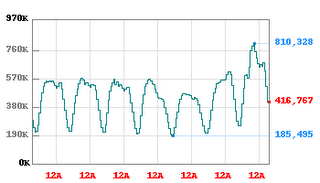 During his talk about Apple’s $20 billion Q4, Apple CEO Steve Jobs just went on a rampage about how he feels that the 7″ competitors to the iPad will be “dead on arrival”.

Saying that the iPad has 35,000 apps, and these other tablet will bascially have none at launch, Jobs went on to say that the 7″ form factor is not a good size for tablet applications and that these tablets are 45% smaller than the iPad. He then said – and we don’t have the exact quote, but this is the gist: these 7″ tablets should come with sandpaper, so that users can file down their fingers so they can use them. Gruesome.

Jobs also said that most tablets will be Android based (this was after he spent 5-10 minutes bashing Android) and that Apple’s competitors “are having a tough time matching the price of the iPad” since Apple had a lot of the process figured out with the iPhone before it launched the iPad.

So all of those rumors about a 7-inch iPad. We’re pretty sure Steve Jobs just crushed them for the foreseeable future.