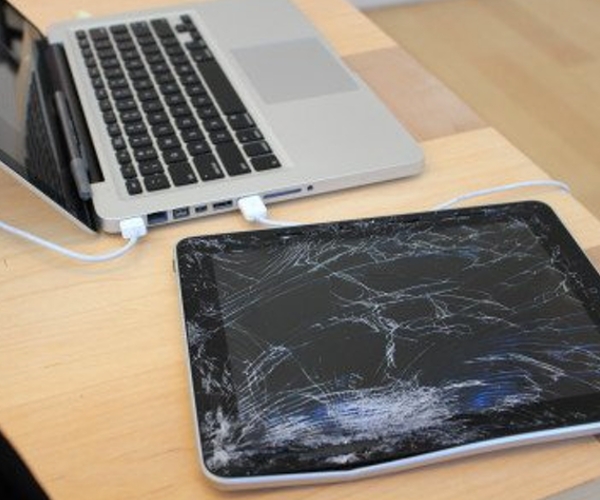 Yesterday I published a much discussed post titled “Why there is NO excuse left to NOT own an iPad“. As I was writing it I of course realized that there are lots of valid reasons why you shouldn’t buy an iPad, but what would be the fun of admitting that right away, right?

So, today I’m presenting you with a list of great excuses NOT to buy the iPad.

Money
Yes, the iPad a great gadget but it isn’t free. Is it expensive? I don’t think so. If you see what value for money you get I even think it is cheap. Still, cheap could still be a lot of money for a lot of people. If you have a choice between buying food and buying the iPad I guess the iPad IS expensive and you have a very valid reason to NOT buy the iPad.

It is not a laptop
If you  are looking for a new computer or laptop to replace your current PC than the iPad may very well NOT be what you are looking for. It doesn’t burn CDs, play DVDs or allow you to play your favorite Flash game. It is not a traditional PC that allows you to install PC Cards and upgrade memory. So, need a ‘PC’ to do ‘PC’ stuff? You have a very valid reason to NOT buy the iPad.

It doesn’t have a keyboard
The built in keyboard is good enough for quick emails and small texts. Writing your next book? Need to use Word? Maybe the iPad isn’t for you. Sure, you could add the Bluetooth keyboard but that takes away some of the shine of the iPad. So, writing a lot? You have a very valid reason to NOT buy the iPad.

You HATE Apple
I won’t get into the whole Apple VS Microsoft debate here. If you seriously dislike Apple, and I completely understand if you do, the iPad surely isn’t for you. The Apple logo is always there, in your face, and it attracts other Apple fans like flies on shit. If you think the world would be a better place without Apple and Apple fanboys you have a very valid reason to NOT buy the iPad.

You’re an Android Fanboy
The Android tablets are right around the corner and they are going to be AWESOME. They will be open, expandable, very compatible with Google apps and it won’t have the sugar sweet auro of the fruit company. So, into Google and openness gives you a great reason to NOT buy the iPad. Oh, and Android will support Flash! Which brings me to my next point.

No Freaking Flash?!
A computer that doesn’t support Flash. Two years ago it would have been unthinkable. Somehow Steve Jobs’ Reality Distortion field has convinced all those iPad buyers into thinking they don’t need Flash. Apple Fanboy: “I want Flash”. Steve Jobs: “No, you don’t”. Apple Fanboy: “Maybe I don’t”. If you are not susceptible to the Jedi mind trick you know you need Flash and the iPad is NOT for you.

You’re a Blackberry Fanboy
Forget Android, look at the Blackberry PlayBook! It is all business, and playful! The interface and quality you learned to love in a smaller and more convenient enclosure. No doubt completely in sync with your existing Blackberry server solution. You don’t need the iPad, you need the Playbook!

You’re a Blogger
Sure you can write a post on the iPad. But blogging is about more than just writing text Blogging means navigating between 14 browser tabs, firing of 6 emails and reading 3 replies while reading Wikipedia and keeping an eye on your Twitter stream. You can’t do THAT on the iPad!!! And even if you end of producing some text how the hell are you going to add an image? You can store anything so you can’t upload anything. Add a screenshot? How!?. Nope, if you are blogger you don’t need to buy an iPad.

There, rest assured, you are now free not to buy the iPad. Still have doubts? Read the previous post again and see if the fanboy tone and comments will finally persuade you. And did I miss anything? Any other great reasons to leave the iPad alone? Let me know in the comments!

Here, just for you. Enjoy!

Read next: Synnk turns your email into an event creation platform