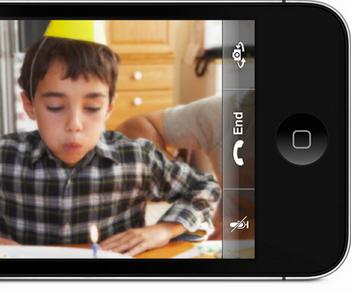 It’s that time of the week loyal readers, the lovely moment when we bring to you the juiciest Apple rumor to be had. Today’s edition of “things that may be true, but don’t bet the house on it” is the bit of gossip that indeed FaceTime, Apple’s video chatting solution, may be coming to regular Mac computers and Windows machines.

Why does this not make sense? Apple has so far focused FaceTime on the iPhone 4 and the new iPod Touch, two mobile devices. To bring the protocol and software to desktops and laptops does change the focus of the product.

Why does this make sense? Apple claimed that FaceTime was going to be an ‘open standard‘ for calling, meaning that it was to be free to use on numerous devices including non-mobile solutions. If not, Apple would have called it an open mobile standard, or something close to that. Also, by bringing it to regular computers, Apple is making an end-run around Skype, which cannot do video calling into mobile at the moment, but is working on the problem.

Who broke this rumor? The lovely French Mac4Ever, who have something of a strong track record on calling things correctly. There it is folks, your rumor. If it is true we shall all find out in due time.

Read next: BlurryPeople is what ChatRoulette 2.0 could have been