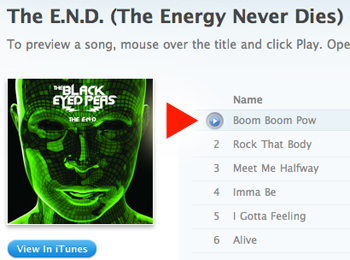 Before Steve Jobs took to the stage to announce the new iPod lineup and updates to its iOS software, rumours had circulated that Apple had been in negotiations with the music industry to start include longer music samples so that customers could hear more of a song before making a purchase.

According to 9to5Mac, the one minute samples never materialised because music publishers were not happy with the agreements that Apple required, even though all four of the major music labels were on board.

The situation is surprising given that iTunes is purely a music store, not a streaming service like Pandora or Spotify, which allows users to stream complete tracks without purchasing.

Jay Rosenthal, general counsel of the National Music Publishers Association (NMPA) spoke to Cnet last week, “We believe that a license is necessary, and conversations must occur before song samples are extended.”

We imagine its only a matter of time until an agreement is made but for now the 30-second samples will remain.

Read next: Grimm's Rumpelstiltskin brings the pop-up book experience to your iPad