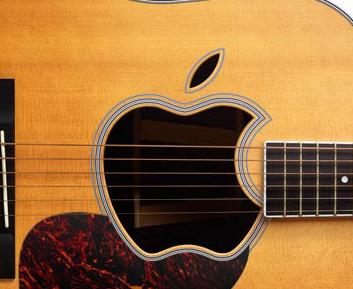 When Steve Jobs gets up on stage to talk people listen. For the last decade Apple has been the coolest kid in school announcing products that did less than their competitors but captured the market.

I remember reading a quote from an analyst shortly after the iPod came out trying to explain Apple’s unique view of the computer market. It went something like “While other companies were focusing on the megahertz race Apple was busy looking at new ways to blend titanium.” Love them or hate them Apple has approached at their markets – computer, mp3 player, music, applications – from a different perspective than their competitors, The Apple Way, or simply Steve Jobs’ way.

Last week Apple announced Ping, a social network for music built into iTunes. So far it has been met with less than stellar reactions: Ping is problem-filled possible boon to Google Music that leaves independent artists in the cold. All these factors may contribute to an early end for Apple’s foray into social, but Apple rarely enters into strange waters without a plan. Even the AppleTV, Steve Jobs’ favorite “hobby” has seen multiple software revisions and now an entirely new hardware architecture that could be a wolf in sheep’s clothing. Because it’s running the A4 processor there is no telling what Apple could roll out should it decide to: full iOS 4, apps or a gaming mode essentially bringing a $99 console into millions of living rooms are all on the table.

Fittingly, for better or worse, Ping is tied to iTunes, the longtime Apple gateway drug. As the first part of the halo effect the music software turned digital hub has lead users down the path of iTunes, iPod, iBooks/iMac for many years, converting Windows users away from Windows Media Player and sometimes even Windows itself. Again it is from within iTunes that Apple will wage its war. Steve Jobs is famous for his “control freak” management of Apple – they provide end-to-end experiences and make money every step of the way. But Apple also takes the Google-esque view of amalgamating their products: the Google Voice transcription engine is powered by voice samples collected using GOOG-411 and the Google Books project gets assistance in turning scans into text by feeding the hard-to-decipher words to reCAPTCHA where humans will sort out the characters in a way machines simply cannot. Where will Apple use their Ping data? Genius.

Apple has developed Genius, its in-house recommendation engine for music and applications, over the last few years. Today, Genius looks at your current library and based on the music you listen to and applications you use it serves up suggestions based on the libraries of other users with the same taste in music and apps. While this strategy has merit, sometimes it seems like the system has to really stretch to find something to recommend. What if you could get personalized recommendations? Imagine if Apple incorporated Ping into Genius and you could tell iTunes want music similar to the music your friend listens to and to suggest more based on their tastes. This is exactly what Digg 4 did when they launched with My News: giving users the ability to follow their friends and more specifically, the people who are likely to be interested in things you are interested in, the curators and tastemakers. You may not know the specific content you’re looking for, but you could know who might have it.

Right now Ping is only for artists and music but it would be logical to add developers and apps, movies, actors and directors and more. If Apple can patch things up with Facebook or link with Twitter so users can import their existing social circles into Ping the service could become indispensible. After all, Lala wasn’t just a streaming music service, it was a place where you could share music with friends. Apple could become the primary media destination for millions of people and build a large social network overnight by incorporating it into services people already use on their Macs, iPhones, iPods, and iPads.