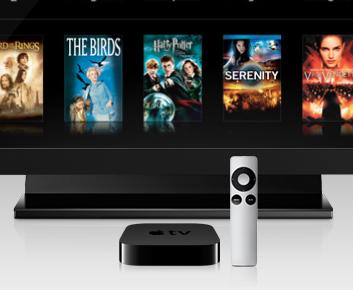 Thanks to some delicious data tracking from our good friends Rowfeeder, the most hyped product of the day from Apple’s big event is now clear: the refresh of the Apple TV took the cake by a fat margin:

Other important things to note: iPod was comfortably the second most discussed product release, and if you could track the Blue until the end, it had significant staying power. At the 2,271 tweets per minute max rate recorded during a minute of pure Apple TV hype (we assume that that was the $99 moment), Apple was racking up some 38 tweets per second, or 136,260 per hour.

You just can’t buy that kind of buzz.

The Ping and iOS announcements exacted fewer plaudits and shares. For iOS that could have been due to the released upgrades being of a more incremental nature.

A short warning: given that Apple TV has both conditional words that were tracked, and products like Ping do not (lacking Apple), that should lend an advantage to Apple TV being the most successful term. However, given the huge margin, and the fact that Ping usually comes in a tweet including iTunes and Apple, we feel that the data, although partially distorted, is very clear. Here it is, the victor:

Read next: TBD director not satisfied with how Washington Post used its video feed during Discovery hostage standoff