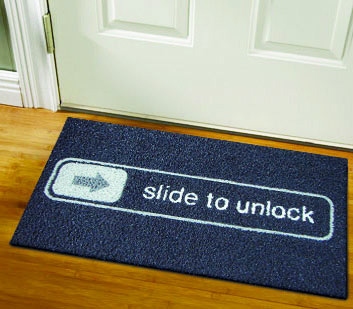 According to TUAW, Apple has gained two significant new patents today for iOS; slide-to-unlock and the keyboard effect of letters getting larger as you type.

Both of these effects have been staples of the iPhone/iOS software since the iPhone first hit the market, and slide-to-unlock especially is a feature that many people really like about iOS.

Apple applied for these patents three years ago, and has many other patents related to unique features of iOS. As far as these features showing up on other mobile operating systems, slide to unlock and larger keys have shown up in some Android phones and builds.

Here are what we believe to be the two USPTO  patents in question. However, due to a software error the images are unable to be displayed. If you have any clarification, please let us know:

Update: One commentor on the TUAW post mentioned that these design patents and as long as the functionality doesn’t look like Apple’s, other OS/developers may be able to still use the utility. According to Wikipedia, a design patent provides the following protection:

Read next: Remark box. A constructive solution for website commenting.