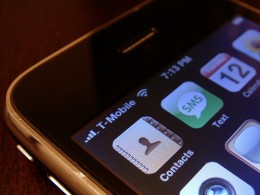 Hot on the heels of last night’s iPhone 4 jailbreaking announcement comes another big development from the iPhone hacking community.

iPhone Dev Team member @Planetbeing announced on his Twitter account that a carrier unlock for the iPhone 4 will arrive in less than 48 hours. In a tweet sent last night, Planetbeing said “We will be releasing the unlock in 48 hours (after we conduct a private beta).”

I’M INTO IT
The announcement, paired with the resolution of Comex’s web-based jailbreak’s issues (users reported losing the ability to MMS and make Facetime calls), means that the much-awaited full jailbreak of the iPhone4 has finally arrived. The announcement also jibes with earlier reports that Planetbeing had figured out a jailbreak and unlock.

The carrier unlock means that iPhone4 users, many of whom are stuck with carriers besides the one they would ideally like to use (I’m looking at you, AT&T), can finally take advantage of the recent Library of Congress ruling legalizing jailbreaking.

Given that even Steve Wozniak, one of the founders of Apple, regularly finds himself screwed over by AT&T’s dismal service, it might be a worthwhile move for happy iPhone users who despise AT&T’s service.