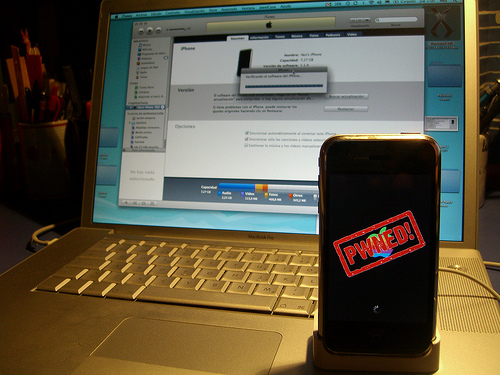 The iPhone 4 carrier unlock was a distant dream when the handset launched, iPhone hackers were able to jailbreak the device but lifting AT&T’s exclusivity remained elusive, until now.

Utilizing one of three different unlock methods, iPhone Dev Team leader @MuscleNerd managed to successfully unlock his iPhone 4, posting a screenshot of his iPhone 4 carrier settings to Twitter, demonstrating the ability to select between different US mobile networks.

The breakthrough followed Musclenerd’s compatriot, @PlanetBeing, and his demonstration of another unlock method which has ultimately resulted in the two developers combining forces to test, compare overall loading times and stability of their individual methods to release a unlock tool to the world.

It is thought that the third unlock method will be reserved for future iOS4 updates, unlocking the device as soon as the existing vulnerabilites are patched.

With the iPhone 4 unlock imminent, we will update you as soon as it becomes available.

Read next: Post reviews of your coworkers with Duedil.