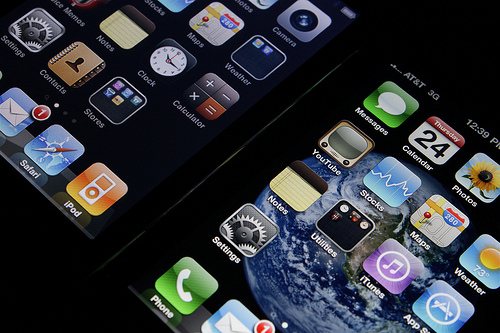 One of the most anticipated features on the iPhone 4 was a higher quality camera, a camera that utilized a flash and could also record HD video.

Well, Apple fans your voices have been heard.

Steve Jobs has just announced that the iPhone 4 has been given a complete overhaul in the camera department, upgrading the 3MP camera on the 3GS to a 5MP LED flash enabled camera that has 5x digital zoom.

The handset has a backside illuminated sensor, integrated so the imaging sensor can “get more light, enabling iPhone users to take better quality low-light photos. Pixel sensors have been kept larger instead of blindly increasing megapixels to improve picture clarity and quality.

Do you own a Flip Mino HD device? Time to sling it back in the draw because you probably won’t need it from now on.

The iPhone 4 will be able to record full 720p HD video at 30fps with tap to focus, one-click sharing and the LED flash will stay illuminated to allow the recording of video in low-light situations. Instead of cropping videos on the iPhone 3GS, iPhone 4 owners will be able to edit HD video using….wait for it…….iMovie for iPhone!

According to Randy Ubillos, Apple’s chief architect of video apps:

“This is one of the most exciting things I’ve ever worked on. Record HD video and edit with beautiful transitions and titles, all on the device you carry with you every day.”

iMovie for iPhone will allow you to cut scenes, add transitions and even overlay music from tracks located in your iTunes library. All videos can be tagged with geolocation data.

Whilst it won’t replace your HD camcorder or DSLR, it’s going to be a significant pain in the neck for Flip and company.