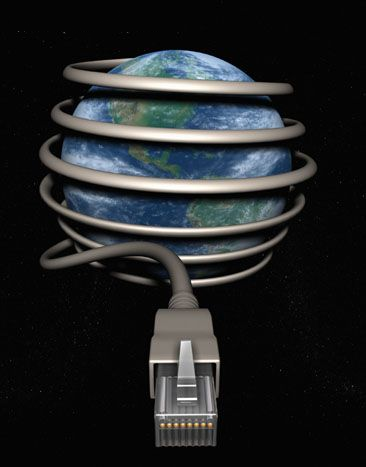 The Next Web reckons that relatively few iPad new international iPad owners will be so disappointed with their purchase that they’ll be offering them up to auction sites after only a couple of days.

However, I remember saying when the iPad was first announced that I’d really have preferred a dumbed down MacBook to a souped up iPod Touch.

In reality I’m much more impressed with how well the iPhone OS supports the larger form device, particularly when partnered with a suite of punchy new apps.  However, as a tech-blogger, there are still a few wants that would have been more than ‘nice to have’ for me.

Here are my first impressions of trying to write a blogpost on the iPad.

I just can’t stand it… Rather than go for the iPad stand with the built-in keyboard I decided to get the normal dock and bluetooth Apple keyboard which seems to work just as well.

That said, using this configuration really drives home some of the early comments regarding the design of iPad 1.0.  I suspect that it won’t be long before we see an alternative docking port along the side of the device to enable the screen to be used in this way in landscape as well as in portrait mode.  Although, when typing in to a word processor, I suppose there’s no real need for a landscape view at all… when the output is designed to be printed…portrait mode is actually more natural… …of course, the device can be used in landscape mode when set up in the Apple case… in this way it can be used when it isn’t being charged or you have to put up with the cable emerging from the side of the machine…

… thinking further, how often is anything written solely for print these days…. I know that computers have done anything but deliver the ‘paperless office’, but I can actually think of very little of my written output from the last few years that has been drafted with the sole aimed of being printed out on paper.

So maybe I should just get the standard notion of a landscape monitor out of my head and get on with things.

I suppose some of these challenges will be overcome through a burgeoning choice of third party accessory offerings, whilst others, notably the innate hardware restrictions, will need to be overcome in later editions of the iPad itself.

Where is my mouse?

So having got over that, my other key observation about using the iPad to actually produce content, with an emphasis on writing, is the fact that there’s no mouse and no touchpad type device on the wireless keyboard.  There’s no real call for one of course, but there is some relearning of ingrained behaviours which needs to be done.

I spot a mistake further up the page and my right hand darts for the mouse or my fingers fumble for a touchpad.  Instead it takes me a second to realise that to select a position in the document, highlight any text and start making changes I actually need to lean over and start touching the screen.  When the iPad is sitting on your lap or firmly in your grip, this doesn’t feel too bad.  However, when you’ve got things set up on a desk with the iPad in its stand, the angles are all wrong.  I feel that I’m about to push the whole iPad and dock setup over and somehow hand-eye co-ordination seems all out of flunter too as I try to carry out tasks which have now become second nature on the iPhone and now the iPad.

[iWorks tells me that flunter isn’t a real word, which is a shame because I use it all the time and I’m pretty certain you know what I mean]

[After spending a few minutes actually getting to know the keyboard I realise, of course, that the up/down &n left/right arrows can effectively, albeit slowly, navigate you around the page.  I haven’t found method of selecting stuff, but having been brought up on PCs I confess there there may well be some hidden magic somewhere… I’m sure someone will let me know!!!  Happily this exercise has enabled me to locate the keyboard controls for the iPad’s inner iPod!  Dur!]

Now constructing a blog post is a whole ‘nother challenge.

Each blogging platform doubtless has its own idiosyncrasies and whilst I’m beginning to realise how very very close blogging on the iPad is to being ‘awesome’ (and I don’t use that word lightly… in fact I don’t really use it very often at all).  However, whilst it is close to awesome, awesome it’s not… at least on WordPress blogs….

Safari on the iPad is pretty useful in that you can have multiple browser windows open at the same time… pretty essential for a tech blogger who, if they’re anything like me will have WordPress open, Google Reader, other source documents as well a Flickr or similar photo services to source photographs to go into the article.

So, in short, creating a blog post can be achieved in every aspect apart from loading photos into the post.  Due to the lack of an accessible file directory system on the iPad itself (which, remember is closer to the iPhone than it is to the MacBook) photos cannot be uploaded from the photo gallery on the device itself.  This is a shame given that there are already a number of apps available for you to edit photographs on the iPad.

This leaves you with the alternative approach of sourcing an appropriately licensed image on the Internet.  I tend to use images using the Creative Commons attribution in Flickr as a rule.  Normally, I locate an image, choose the appropriate size and then right-click to grab the URL of the image itself and than copy that across into the image plug-in in WordPress.

Of course, it’s the right-click that’s the problem… or the lack of one.  You can lean on an image displayed on the screen of the iPad, but that only enables you to save the image or copy the image.  Using the URL of the page it self isn’t good enough… so there you go… scuppered.

I recently sat alongside another one of The Next Web team at the TNW10 conference who, despite having a shiny new iPad, needed to borrow a MacBook from someone to fulfil his blogging duties.  What a shame…

How will these issues be resolved?  The file directory access to photos stored on the device is, I reckon, something of a pipe dream…  the right-clicky stuff is a possibility I suppose, hopefully to be bundled in an upcoming software release.

In the meantime the iPad, which excels in many, many other dimensions, is, for now, limited as a power-blogging tool.

Another iPad owning fellow blogger recently said that until he can blog on it “the iPad is dead to me!”

This a massive shame, because it stood a good chance or slimming down the amount of kit I tend to lug around with me to support my blogging escapades (cameras, sound recorders, phones and all their associated paraphernalia).

As it is, I can’t bring myself to leave my lovely iPad at home, but I’ll be lugging a netbook along to complete the last 5% of any blogpost I write.

Read next: There once was an ugly duckling..