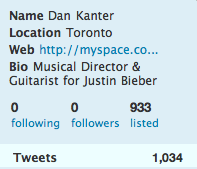 With the WWDC around the corner Apple seems to be preparing for the release of their next iPhone. Steve Jobs will be speaking on the opening day of the conference as per usual.

Two rumors today have come forth concerning the launch of the well leaked iPhone 4G. The first that Apple has begun to refuse new orders of 3G iPhones by stores, and secondly that it has completely ceased shipping the gadget. In the commercial world, that phone is over.

This, among other factors, points to the usual Apple launch of a new iPhone at the WWDC.

It is generally expected in light of these recent rumors that the 3GS will take the 3G’s spot as the lowest iPhone on the ladder, while the next generation device will become the top phone. The phasing out of the 3G makes technical sense as it is generally outstripped by Android devices in the market today. Apple needs to let it go, and replace it with something much newer.

For past coverage of the next iPhone, please look here and here.